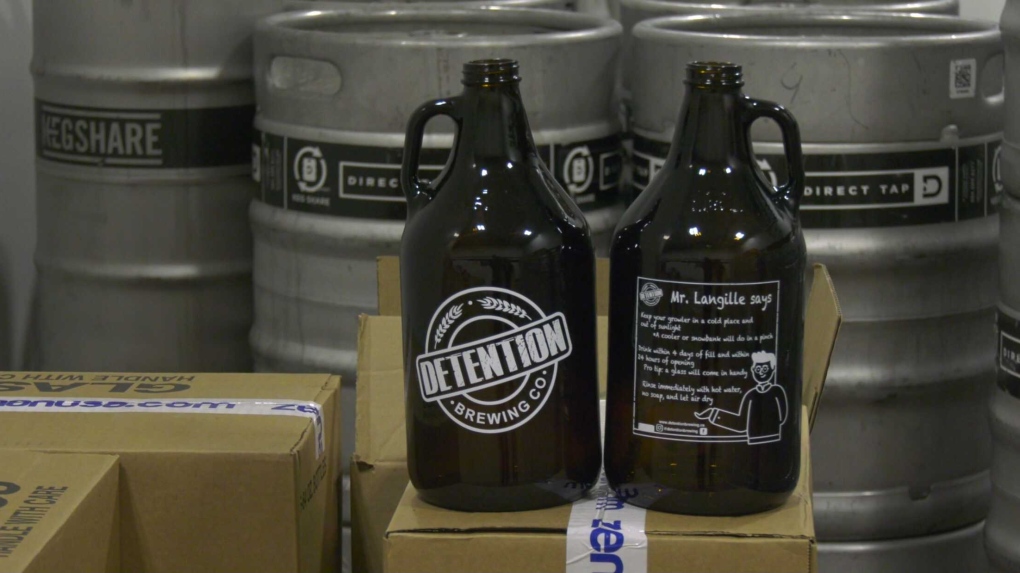 A family in Rosalind, Alta., has repurposed an old school and transformed it into a brewery. (Nav Sangha/CTV News)
Red Deer -

A family in central Alberta is opening up a new brewery inside their hometown’s old school.

Wyatt Langille lived in New Zealand for almost a year, immersing himself in the beer culture there. When his mom, dad and Mark Langille came to visit in 2017, they toured the breweries of the country and felt inspired to open up their own brewery in their hometown of Rosalind.

Rosalind is located approximately 30 km southeast of Camrose, and according to a 2016 census by Statistics Canada, the village has a population of 188 people.

When the Langille family came back to Rosalind with their new idea, real estate for a new brewery was limited, so they decided to build their new business inside Rosalind’s old school.

“It was really kind of the only option other than building a whole new property,” he said.

The Rosalind Centralized School opened in 1954 and was shut down in 2013. It went up for tender two months after the family returned from New Zealand. Mark, his wife, their parents, and their children, including Wyatt all went to school there.

“Being here, the memories always come back of different stuff you kind of forgot about,” Mark said.

“It is fully bizarre to be in this building at all…The fact that I’m now producing alcohol, it’s weird, but it’s very cool,” Wyatt said.

The school’s former gym is now home to the brewery tanks, cooler and kegs. The old science lab is now the home of the tasting room and the family even made tables out of the gym’s old floor.

“We just really want to play with that school theme,” Wyatt said.

“When we bring people through this building, it seems like everyone’s got a story of some kind.”

Once it opens, Detention Brewing will be the only brewery in Rosalind. Mark said as they inch closer to opening day, community members are getting more and more excited.

“The community has been all for it,” he said.

“We always got people stopping by asking for a tour and wondering when we will be open.”

The Langille family plans to open the brewery by next year. They hope that people will come for the nostalgia, but stay for the beer.

“There’s still a banner hanging in the hallway that says, ‘Never settle for less than your best.’ I really like that, especially when I get to walk in here and do my best,” Wyatt said.

As the May long weekend kicked off, a massive thunderstorm in southern Ontario brought strong wind gusts that knocked down trees, took out power and left one person dead.