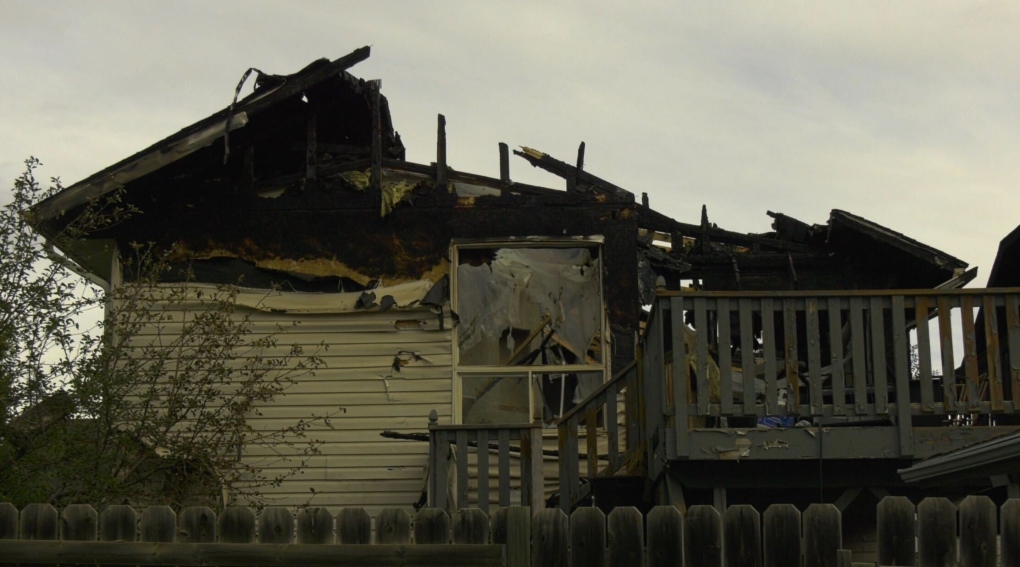 A cigarette that was discarded in a planter cause a fire that destroyed two homes, including this one, in Red Deer. Oct. 1, 2020. (Nav Sangha/CTV News Edmonton)

RED DEER -- Red Deer Emergency Services (RDES) determined that a discarded cigarette was the cause of a fire on Sunday.

RDES responded to a fire at Kerr Close in north Red Deer at 10:30 a.m.

Matt White, Red Deer Emergency Services Assistant Deputy Chief, said the fire started on the porch of one of the homes and extended onto the roof of the other home.

After an investigation, RDES determined the probable cause of the fire to be an improperly disposed cigarette. White said the cigarette was discarded in a planter on the porch.

“That planter had a high peat moss content in it and it supported combustion,” said White.

There were five people total in the two houses at the time of the fire, but no one was injured.

“Both residents had working smoke alarms and we credit that with allowing those people to evacuate safely,” said White.