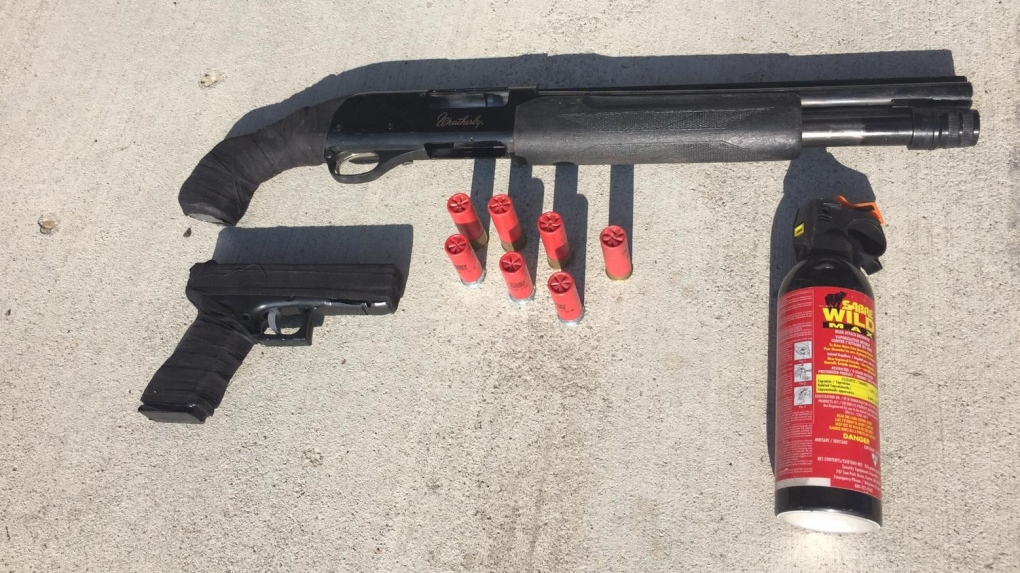 Police seized these weapons after a traffic stop near Elk Point. (RCMP)

Four people were taken into custody, including two with outstanding warrants, after police near Elk Point seized a stolen vehicle with a sawed-off shotgun and replica handgun inside.

On Aug, 20, Mounties were seeking a stolen vehicle involved in crimes through the Lakeland area when they spotted a different stolen vehicle and arrested the three men and one woman inside, according to a RCMP release.

Mounties say officers spotted a sawed-off shotgun wedged next to the driver's seat as well as other weapons and a replica handgun.

Dominic Berland, 25, and Matthew Moyah, 36, were both wanted on outstanding warrants and are facing multiple firearm charges.

Levi Stanley, 34, and Samantha Waskahat, 31, were also taken into custody and are also facing firearm charges.

Waskahat was to appear in court on Thursday but failed to show up and is now subject to an outstanding arrest warrant. 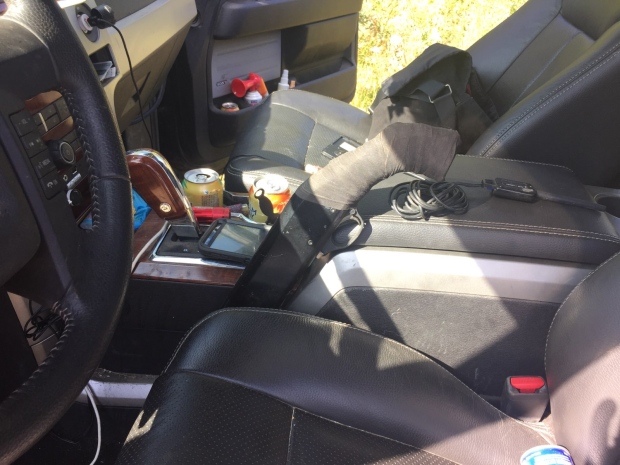