Scenic route to Alaska: Day 6 cont’d, Top of the World to Dawson City 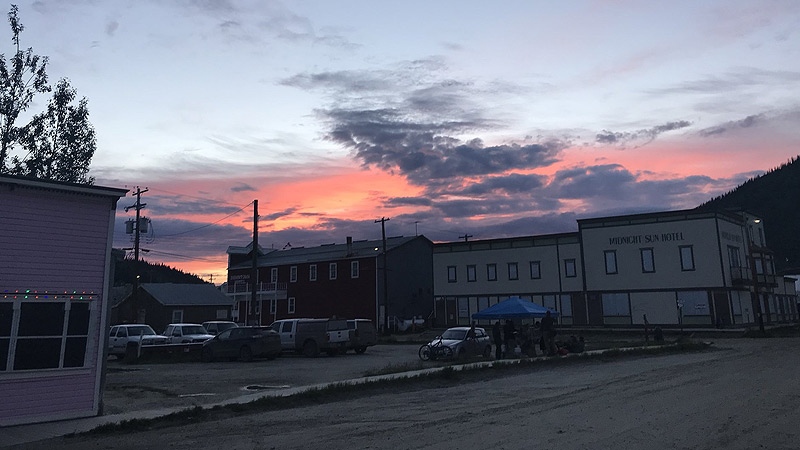 When we last left off, we were heading to 'The Top of the World', a nickname for a winding and mostly gravel road that leads travellers from Tok Junction, AK to historic Dawson City, Yukon, the latter known best for being the hub of the late 19th century Gold Rush.

This was again a spectacular drive that only seemed to get prettier the higher and farther we drove. The postcard-like views culminate with a stunning view just before crossing the border back into Canada. 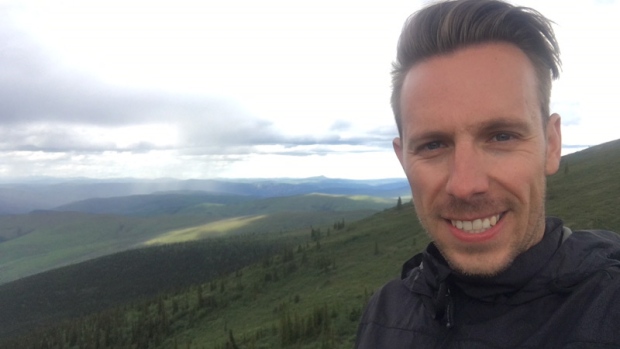 After clearing our commercial gear (the camera) at Canadian and U.S. Customs, we were heading back downhill to Dawson. At some point along this route, we were driving along a shallow creek and spotted two men standing in the water. They were panning for gold, just like men had done some 120-130 years earlier. Their wives sat on lawn chairs on the edge of the highway and looked on. They told Dave they were from California. Dave asked if they'd found any gold. Their answer didn't inspire confidence that we should stop driving to pan alongside them.

When you reach Dawson City, there is a bit of 'Eureka!' moment. It's a city with history beginning long before there was ever an Alaska Highway. Tens of thousands of Edmontonians are said to have made the long, hard journey to Dawson in search of riches. We initially hadn't 'planned' on going to Dawson, but in speaking to people along the way, realized that it's as much part of the 'Alaska Highway' experience for travellers now as, say, Liard Hot Springs. We pulled up on the north side of the Yukon River where we waited for a ferry to take us across. After about 15 minutes, we drove aboard, and it took us over. Our initial impression of Dawson is that the city (population less than 2,000 most of the year) has efforted to maintain its historic look. Although clearly not original structures, many of the buildings appear as if they're from another time. That gave Dawson a certain charm. After visiting the local information centre, we visited 'Diamond Tooth Gertie's', a bar/casino/entertainment venue that gets daily busloads of tourists to see the 'Dancing Girls'. The show isn't exotic, but a PG-13 throwback to a time when burlesque shows would've been popular with travellers. We also walked over to the 'Downtown Hotel' and did the famous 'Sour Toe Shot'. It's only gross if you think about it! 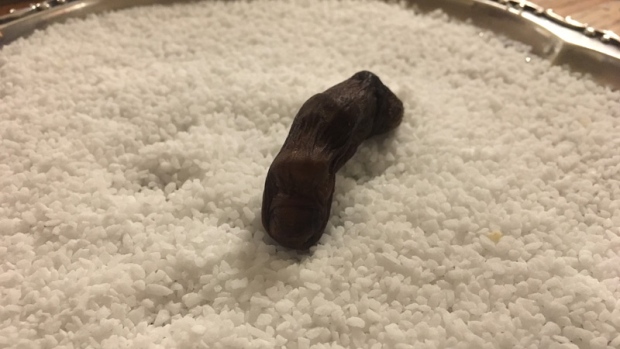 Later in the evening, we met a German man named Joerg who was visiting from Switzerland. He was approaching 40 and had a big beard and burly figure. You think our drive is a lot? Joerg was in the midst of paddling alone from Whitehorse to the Arctic Ocean, camping all along the way. He had said he was single and had wanted to 'get back to nature' and get away from the hustle and bustle of Zurich and had taken a month off work for it. Joerg's journey was definitely a unique/extreme one, but sort of echoed what we heard from many travellers along the way. They just want to get away for a while. Off the grid.