Scenic route to Alaska: Day 7, back to Whitehorse 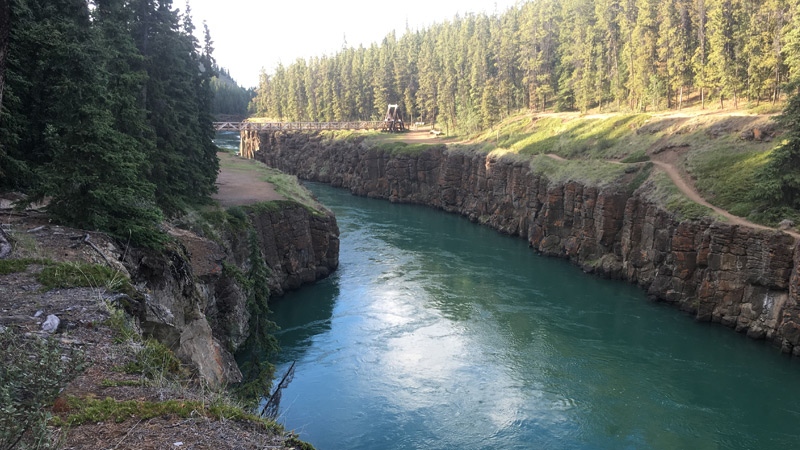 For this last section, we're mostly going back through where we've been...and at this point, we're mostly just driving, so the days don't seem as eventful. After all, we've seen most of. Though I will say, the views from the drive back do seem a little different. It's a different perspective.

From Dawson City we drove to Whitehorse. This is Sunday. We had an interview lined up in Whitehorse first thing Monday morning. This drive was a bit of a tedious one. I think Dave and I are getting a bit road weary by this point. We stopped at a campground quickly where Mitch, in an attempt to wipe off the front seat, cut his finger on some broken glass from the shattered window next to it. It seems at least one piece had broken off, but it was still holding together (Note: EVERYONE we see, without fail, asks about the glass). He purchases the smallest basket of LARGE French fries ever created and we continue down the highway.

We end our night at Whitehorse by eating at a local cafe near 2nd Avenue/Main Street, in central Whitehorse. The city has a beautiful river lookout where people can run along or eat lunch on benches/picnic tables. We also took time to visit a local scenic spot called Miles Canyon. Just a spectacular view here (see photo above).

There were also memorial to a young man named Chris who, according to local reports, had been murdered a few years earlier. Another was in memory of a man (Michael, I believe) who had jumped from the suspension bridge and drowned. Sombre topic, I know. But these tragedies happened and I appreciate that their families don't want them forgotten. After Miles Canyon, we called it a night.