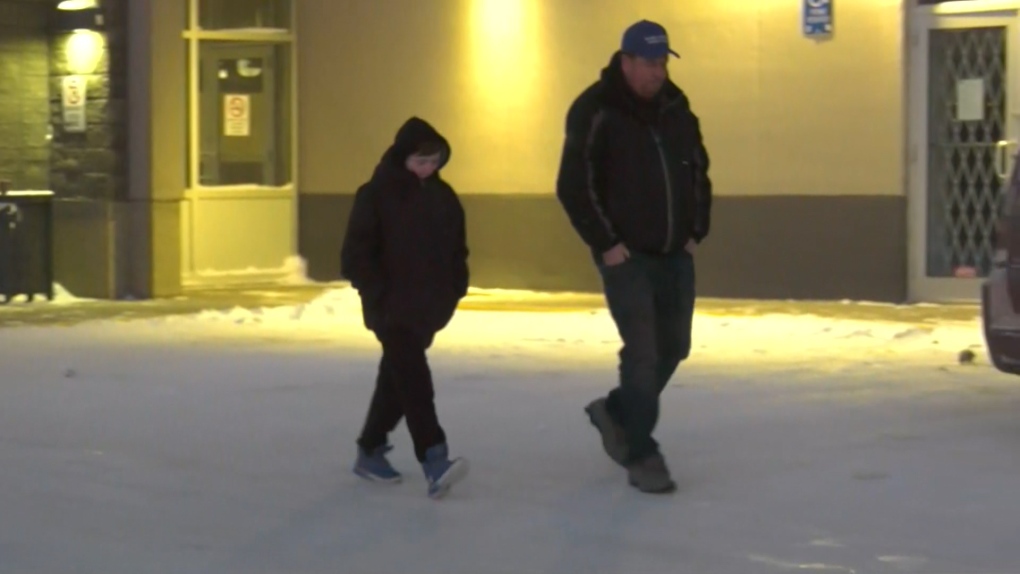 EDMONTON -- An Edmonton school bus driver was fired after he left a junior high school student on board in extreme cold weather conditions Monday afternoon and left.

Cash McGuire, a Grade 8 student at H.E. Beriault, says he was watching a movie on his phone when he realized he was alone on his school bus, driver nowhere to be seen.

"It was weird. When I looked up, the bus driver was gone," he told CTV News Edmonton. Unsure of what to do, the 13-year-old called his dad.

"It's not the call you'd expect," said Shane McGuire, who was at West Edmonton Mall when his son called. "I was totally shocked. It was -25. Buses aren't very well insulated."

Shane says he told Cash to check his phone's GPS to see where he was, and to call 911. Cash turned out to be in the Grange area in the west end, where his father says he met him about 20 minutes later.

The father told CTV News the driver came about two hours later and apologized to them.

Shane also said the Edmonton Catholic School District is conducting an investigation, but he hasn't heard back from Stock Transportation, whom he wants to apologize.

"I'm not sure if he's going to go back on the bus for the next few days until we get some stuff straightened out," Shane said.