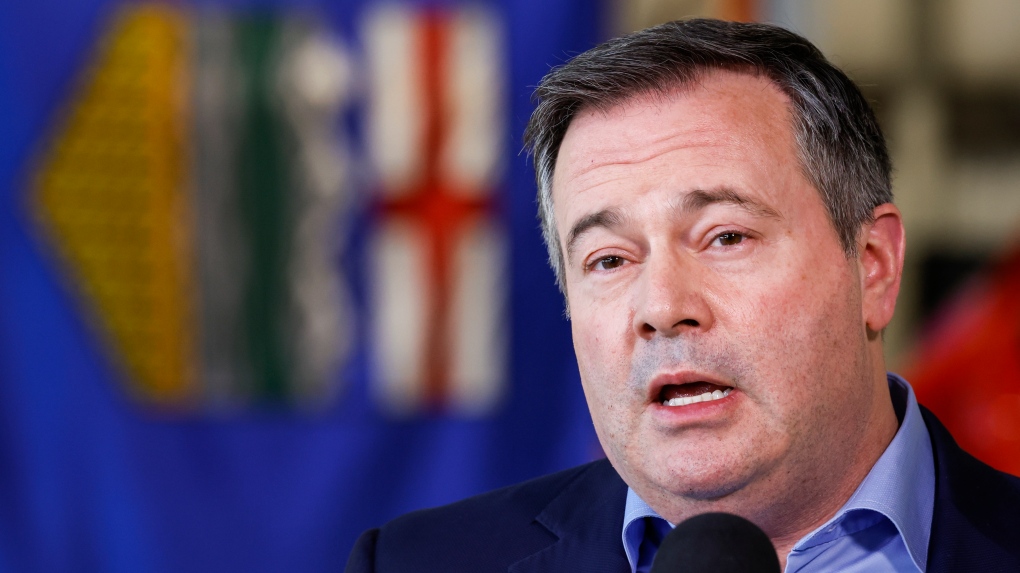 Premier Jason Kenney says Albertans are unimpressed with the intraparty melodrama of his United Conservative government and adds that, if anything, he has been too soft on dissenters.

“What Albertans expect from their government isn’t a constant soap opera, and they certainly don’t want to see a family feud,” Kenney said, responding to questions Wednesday night during a Facebook town-hall meeting.

“Conservatives know that we must be united, and unity requires a degree of discipline.”

United Conservative Party members are currently voting by mail on whether Kenney should remain leader. If he receives less than 50 per cent support, the party must call a leadership race.

The vote has exposed deep discontent with Kenney’s leadership. Some members of his caucus have openly called for him to resign for the good of the party.

Kenney said while he respects free speech in his caucus, he has probably been too tolerant of open dissent.

He said he learned the importance of discipline while he was in the cabinet and caucus of former prime minister Stephen Harper.

“Sometimes (Harper) was criticized for being too strong in maintaining that discipline, but in retrospect I think it was necessary to maintain the unity and coherence of our government, party and movement,” said Kenney.

“If I’ve made a mistake in the past three years, perhaps it’s (that) I’ve been far too tolerant of public expressions of opposition.

“There are totally legitimate times when MLAs should be able to speak out for their constituents or share somewhat different views on policy. But if that becomes nothing but a constant effort at an internal civil war, I don’t think that’s acceptable.”

Almost 60,000 party members are eligible to vote in the leadership review. Results are to be announced May 18.

Kenney reiterated that if he fails to get 50 per cent, he will step aside, but if he gets the support he needs to continue, he expects everyone in caucus to fall in line so that the party can present a united front to defeat the Opposition NDP in the 2023 election.

Kenney has been dealing with dissent for more than a year, a situation exacerbated by and stemming from low poll popularity ratings.

Opponents have criticized his COVID-19 decisions, but have also said he has ditched the party’s grassroots ethos for top-down, centralized command and control.

Who gets punished and who doesn’t for public criticism has been hit and miss. A year ago, backbenchers Todd Loewen and Drew Barnes were voted out of caucus for criticizing Kenney. Soon after, Leela Aheer was dumped from cabinet for doing the same.

Others have spoken out against the premier but have been allowed to stay in caucus, including two backbenchers who recently renewed calls for Kenney to quit.

The highest profile dissenter is Brian Jean, the newest member of the legislature. Jean won a recent byelection for the UCP on a promise to fight to have Kenney ousted. Some UCP members support Jean, while others have accuse him of being an Opposition NDP collaborator.

A revised seating chart in the house this week reflects the rift. Most of Kenney’s critics are now seated in the back row of the government benches. Jean is at the far end in the corner, furthest away from Kenney and the door.

On Tuesday, backbencher Jason Stephan renewed an earlier attack on Kenney in a speech to the house.

“Some say that unity requires you to follow the leader, but what if you’re being led over a cliff?” said Stephan. “Should you fall like a lemming? No.”

He added that "unity cannot be forced or coerced. Without trust, there is no unity.”

This report by The Canadian Press was first published April 21, 2022.

Canada’s deputy attorney general says the Department of Justice had ‘no involvement whatsoever’ in the department’s review and delivery of documents to ongoing independent public inquiry into the 2020 mass shooting in Nova Scotia.

Quebec Cardinal Marc Ouellet is accused of sexual assault in documents tabled in Superior Court Tuesday related to a class-action lawsuit against the Roman Catholic Archdiocese of Quebec. The allegations against Ouellet are part of a series of claims made against clergy members that are included in two class-action lawsuits against the church that have been authorized by a judge.

The first possible case of human-to-dog transmission of monkeypox -- recently reported in a couple and their pet in Paris -- had been a theoretical risk up till now, said Dr. Rosamund Lewis, technical lead on the monkeypox response for the World Health Organization.

B.C. man frustrated over wait after being approved for COVID-19 vaccine injury compensation

Parents of young children will need a prescription for some over-the-counter fever and pain medication due to a shortage in pharmacies, Toronto's Hospital for Sick Children is warning.

Two infant products, manufactured by baby gear company 4moms, are being recalled due to strangulation hazards, according to a consumer product notice issued by Health Canada.

Canada's year-over-year inflation rate slowed to 7.6 per cent in July, with the deceleration largely driven by a decline in gas prices even as prices for food, rent and travel continued to rise.

Explosions and fires ripped through an ammunition depot in Russian-occupied Crimea on Tuesday in the second suspected Ukrainian attack on the peninsula in just over a week, forcing the evacuation of more than 3,000 people.