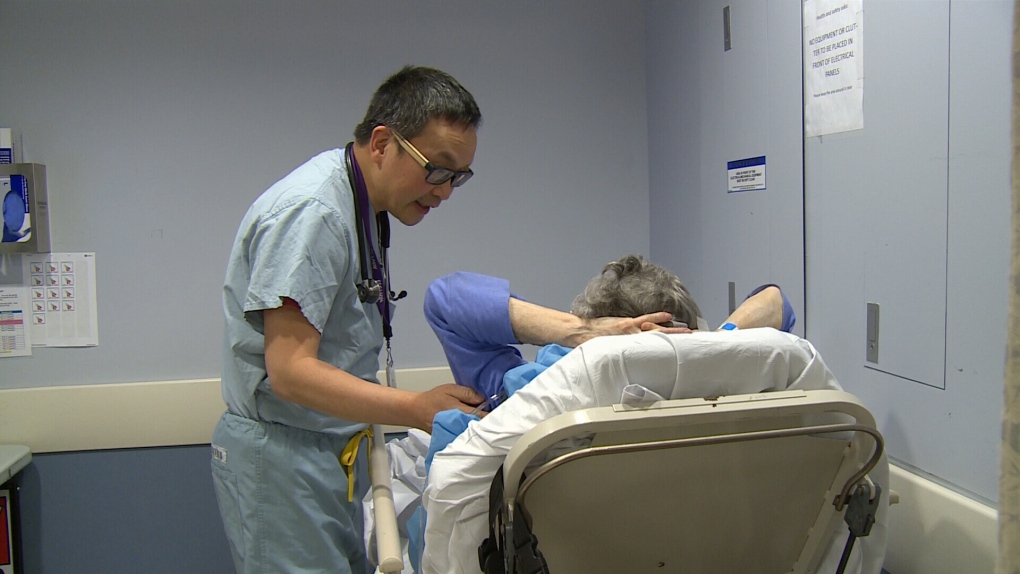 A nurse tends to a patient. (File)

EDMONTON -- Alberta's largest public sector union says an independent arbitrator has awarded some of its members a raise instead of rollbacks requested by the government.

The Alberta Union of Provincial Employees says government workers will receive a one per cent wage raise for 2019, as will members employed by Alberta Health Services in general support services.

However, the arbitrator ruled that auxiliary nursing care members will not get an increase.

“During the arbitration process, the arbitrator heard evidence from both sides. It rejected the government's often repeated claims that Alberta's public-sector workers are overpaid,” union president Guy Smith said Friday in a release.

Finance Minister Travis Toews said the arbitration ruling will cost $35 million and will further challenge the government as it works to cut spending.

Toews said the government will have to look at other cost savings to make up for the raises.

“These unfortunately include the potential for adjustments to workforce levels, as well as finding efficiencies in program service delivery,” he said in a release.

Toews noted that public sector compensation makes up more than half of government expenses and in some cases wages are higher than other large provinces.

The NDP Opposition said the government should not be using the threat of job cuts at a time when it is cutting corporate taxes.

“Premier Jason Kenney and the UCP are handing out $4.7 billion to profitable corporations in a failed experiment that hasn't created a single job. Now, they're making threats about firing those still lucky enough to find themselves with a paycheque.”

Smith said the union will now focus on a new round of bargaining with the province.

“As we head into bargaining the next collective agreements in the coming months, our message to the government is that it's time to focus on Albertans,” he said. “It's time to put people before profits.”

In November, the government sent a letter to AUPE saying that union jobs are guaranteed until the end of March, but beginning April 1 the government will use all options available to meet its priorities.

This report by The Canadian Press was first published Jan. 31, 2020.