Some naughty, some nice: ‘Play the Fool’ clowns dance back into town 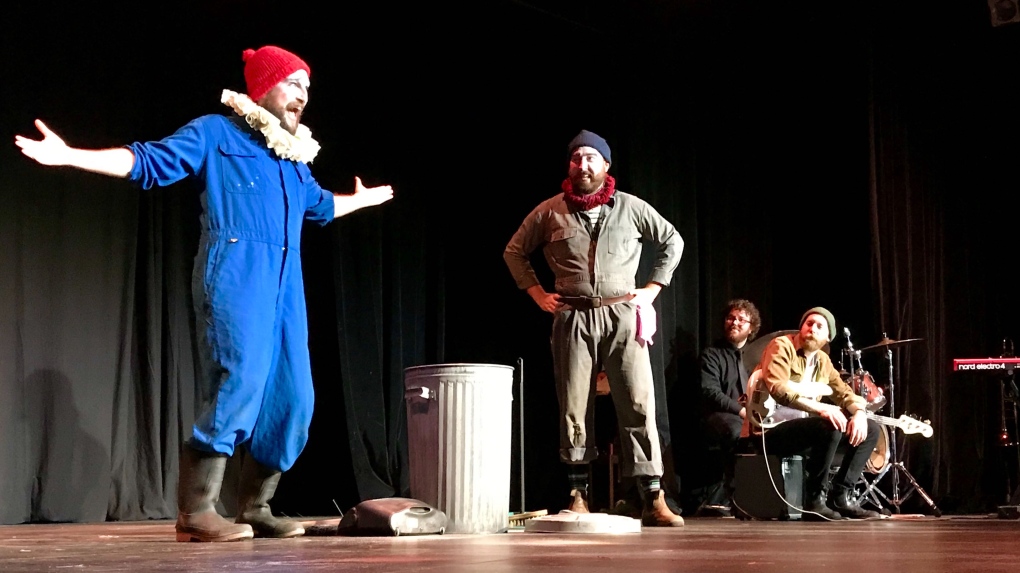 The fourth annual Play the Fool Festival kicked off in Edmonton on Sept. 26. The event ends Sept. 29.

EDMONTON - While you won’t see any IT-type clowns at Edmonton’s fourth annual Play The Fool Festival, not all of the acts would be appropriate for an eight-year-old’s birthday party, either.

“We don’t have anyone that looks like Pennywise,” laughed festival director Christine Lesiak, referring to the evil killer clown featured in the hit horror series IT.

What the festival does have is “nightmarish” Canadian act “Mump and Smoot” headlining nearly 50 other performers from Canada and the U.S.

“Mump and Smoot are known as Canada’s clowns of horror. They only do 18+ shows. There’s much comedic violence,” Lesiak said. “Are they evil? No. What they are is really funny.”

Play The Fool Festival kicked off Thursday night with clowning, dancing and live music at the Backstage Theatre in Old Strathcona.

Running from Sept. 26to 29, the festival has adult-only and all-ages performances.

While IT: Chapter 2 dominated at the box office in September, Lesiak doesn’t consider that clowning. Her festival is also about educating audiences on the art form.

“Just because you put clown make-up on, (that) doesn’t actually make you a clown. It’s a very old form. It takes years and years of training,” Lesiak said.

“I think people often confuse the costume of the clown with actual clowning.”

Lesiak pointed out some the performers will not be wearing traditional red noses and face paint, as clowning is performed in several forms.

“We look at the whole gamut of clown theatre and physical comedy. Everything from red nosed clowns to character work like Mr. Bean or Stephen Colbert,” Lesiak said.

More information and tickets can be found online.