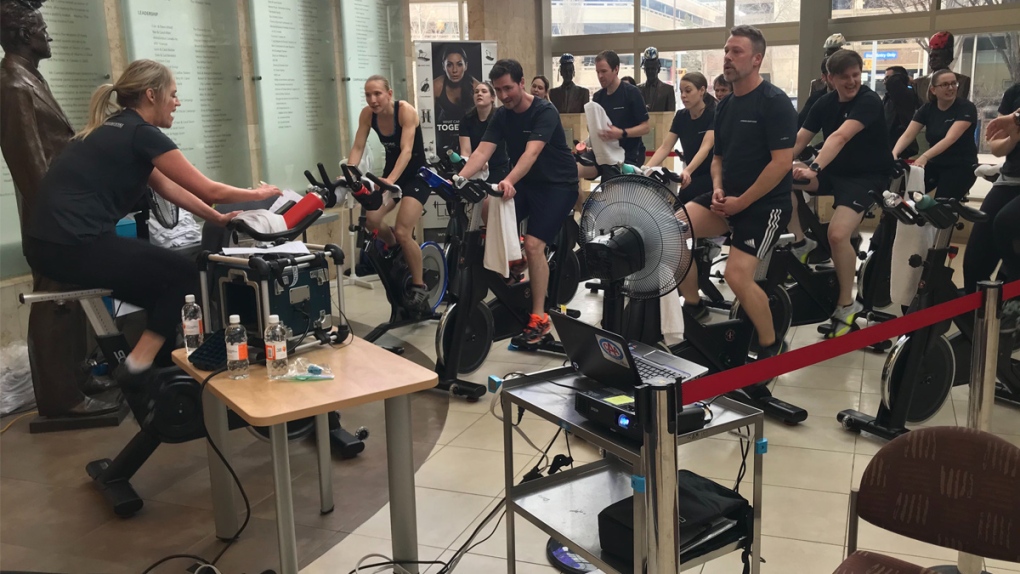 A 12-hour spin session at the Mazankowski is raising thousands of dollars for the institute. Feb. 6, 2020. (Brandon Lynch/CTV News Edmonton)

Jamie Bliss, the vice president of marketing and communications for the University Hospital Foundation, said they are "getting close" to the lofty goal.

If they meet their goal it will be the largest total raised in the six-year history of the event.  The money will go towards equipment, research and recruitment for the institute.

"When we're going through this exercise, we're thinking about the patients that are in the hospital and we're riding for them in a lot of ways and really pushing ourselves to see what we can do."

February is heart month in Canada.