EDMONTON -- The sunshine beams through the storefront onto Brian Flowers, who’s typing away on a laptop. The light glints off the cellophane wrapped boxes surrounding him.

There are your classics: Risk. Monopoly. Trouble.

And then there are the less recognizable but appropriately titled ones such as Forest Grimm and Pandemic (the special edition is $129.95 and looks like a First Aid kit). 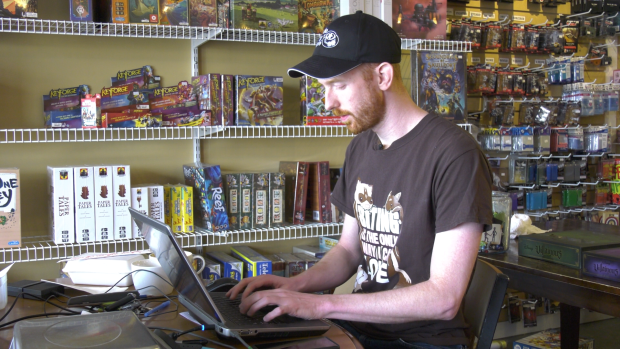 This is Flowers’ business now. Instead of welcoming customers into the Table Top Cafe to play board games by the hour and selling food or drinks, he’s switched to brick-and-mortar model, selling games and puzzles for purchase.

As the now sole employee, Flowers is not considering reopening anytime soon, even though his business is classified as a cafe and could potentially be one of those allowed to reopen at 50 per cent capacity – following government sector guidelines – during the first stage of the Alberta relaunch.

He had two locations: one in south Edmonton, and another pricier lease on 124 Street. At the latter, he had been "making it work" pre-COVID, but only if the game café was busy.

Flowers worries for his neighbours who he knows are running out of time to access rent deferrals. 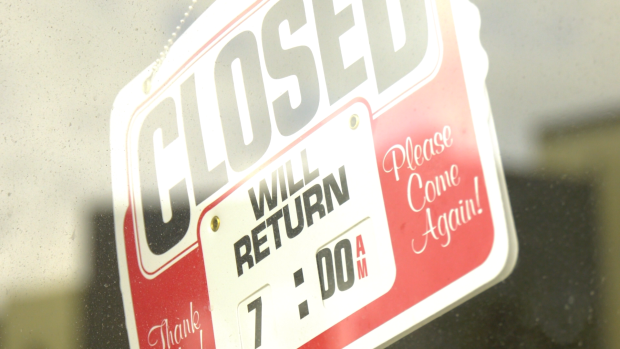 From a safety perspective, he feels there are too many unknowns to back to his old model of having people come in and handle multiple game pieces and cards, even with diligent sanitization.

“There’s no way to guarantee that all the people that come in are in their same household or bubble or whatever it’s called. There’s no real rules or way to moderate that,” said Flowers.

Flowers believes some of the first people to embrace day one of relaunch may be those who aren’t the most diligent about following or respecting physical distancing rules.

Across the street from Table Top’s second location is a 124 Street staple.

Mousy Brown’s has also been closed for the past two months and there was no switching business models. The salon has added a plastic sneeze guard that sways ever so subtlety above the front counter.

“We’re physically ready for Covid, it’s the mental part we’re having a hard time with,” said owner Lauren Hughes, who is going make it mandatory for customers to wear masks, not just staff.

She’s also instituting a blow-dry ban under the belief that the devices can spread germs more easily. 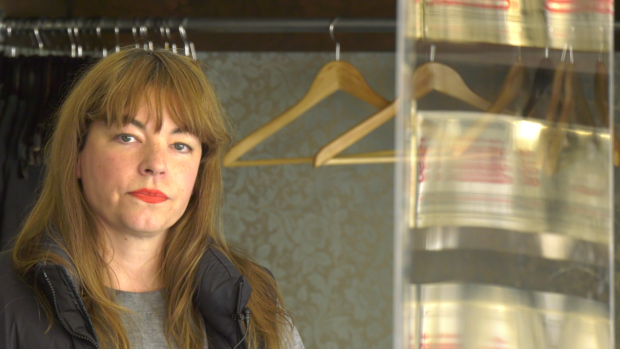 “I’m already worried about people thinking May 14 is this day to go out and be normal.”

Hughes, who plans to reopen in early June, said 124 Street looks a lot different than it did two months ago.

“It’s not going to be anything like how it was before, for who knows how long.”

Restaurants have been able to weather the storm somewhat by offering in-store pickup or delivery.

Nosh Indian Kitchen on 124 Street, just a few doors down from Table Top Café, sees a steady stream of people coming in and out. The majority are SkipTheDishes drivers.

“We don’t make any more off the Skip, the Uber (Eats), whatever third party delivery company,” said owner Sadanand Verma, who offers customers 10 per cent off to pick up their orders. 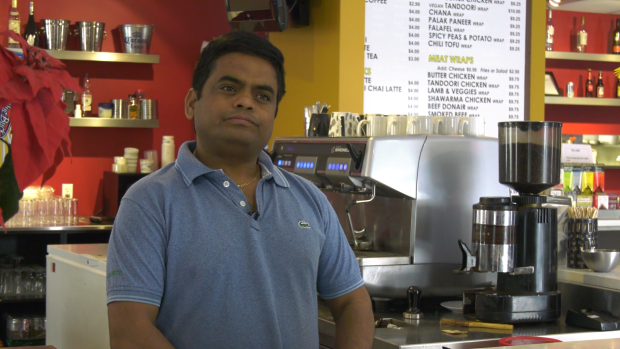 Verma said reopening on May 14 is not in their plans, with staff and customer safety his main priorities.

“I’m happy with what I’m doing now for takeout. We’ll see how far we can survive.”

According to a recent Alberta Chamber of Commerce survey, small businesses are being hardest hit by COVID-19.

Of those with a staff size between six and 49 people, nearly half are reporting revenue decreases of 50 per cent or more. It’s even worse for businesses with five or fewer employees. 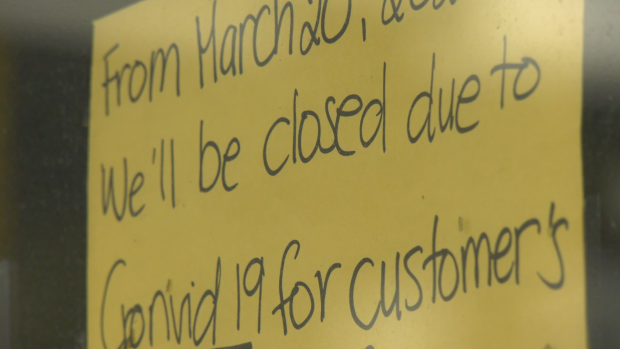 Cash reserves are vital, but those are drying up quickly as well. Of businesses surveyed with five or fewer staff, 56 per cent say they have burned through their cash reserves and were unsure if they could survive a shutdown of more than two months.

For businesses planning to reopen May 14 or even in the weeks following, the availability of personal protective equipment is the number one concern, according to the Canadian Federation of Independent Business.

IF NOT NOW, WHEN?

The Table Top Cafe, curious about how customers feel about relaunch, sent out its own survey. The results were not encouraging.

“Twenty percent said they wouldn’t come back until there’s a vaccine,” said Flowers, whose focus is purely on his south Edmonton location which he will not be reopening May 14 or anytime soon.

His second store, which was located on 124 Street downtown, is no longer merely temporarily closed. 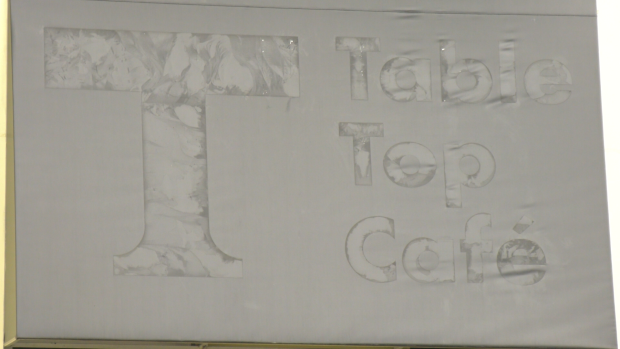 “Me and a buddy got up on a really tall ladder and used a heat gun to rip the lettering off of the store,” said Flowers.

“It was just kind of a surreal thing to look at.”

There is still signage in front of Table Top’s old 124 Street location.

It reads: For Lease.