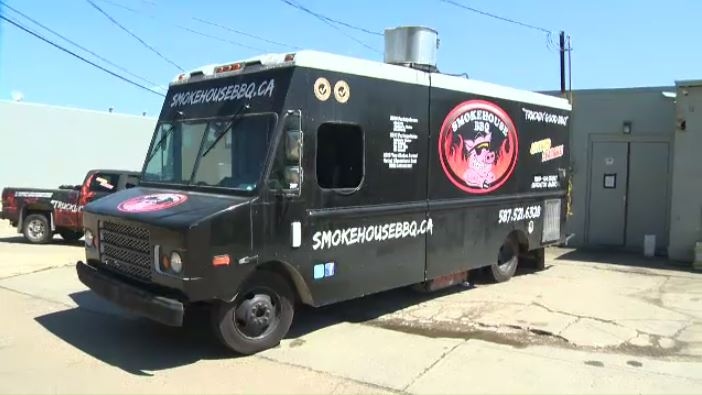 Smokehouse BBQ is beefing with the person who stole one of their food trucks near downtown Edmonton early Sunday.

Some asshole stole our food truck last night please contact us if you see this truck anywhere pic.twitter.com/sqyDxzD4g0

“We showed up at the restaurant, we looked at each other and were like, ‘there’s a truck missing.’ Obviously, it’s big enough that you’re going to notice it right away,” co-owner Terry Sept told CTV News.

The truck was recovered in west Edmonton early Sunday thanks to the power of social media.

“Police said they got a call from one of CTV’s followers on Twitter that they thought it was the stolen truck behind a motel on a 150 Street and 111 Avenue,” Sept said. “The support on social media is unbelievable. There’s literally two or 3,000 people talking about this truck today, trying to find out where it is – thanks to the people in Edmonton.”

Thanks to everyone for your help and shout out to CTV for getting word out, we have found our truck in the west end!!!! pic.twitter.com/ek3o1gDqtI

The truck was found empty, without food, drinks, or their debit card machine, but Sept is not worried about it. At least the Smokehouse’s four-food cart fleet is complete again, along with their 124 Street location (moving soon to 178 Street and 107 Avenue).

No major damage, but it was "driven like a race car" Fridge empty, debit system gone @Smokehousebb @ctvedmonton #yeg pic.twitter.com/ItFxG136Lw

“Nothing is severely damaged,” Sept said. “It will be alright. It will be back to work on Tuesday on the street.”