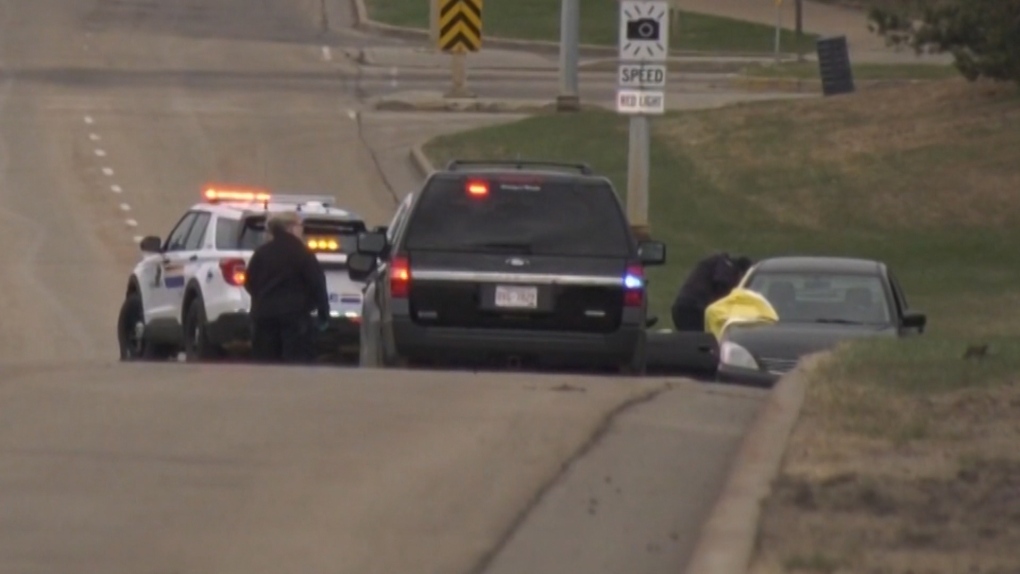 One person was killed and another seriously injured in a shooting in Sherwood Park on May 7, 2021.

EDMONTON -- Strathcona County RCMP are looking for security camera video in the neighbourhoods near the area two people were shot, one person fatally.

Around 6:30 a.m. May 7, gunshots were reported on Baseline Road. One person died and the other was taken to hospital with serious injuries.

Gamdur Brar, 43, was charged with one count of murder and one count of attempted murder in connection to the shooting.

RCMP are asking residents of certain neighbourhoods to check their outdoor security cameras for footage of anybody walking in their neighbourhoood on May 7 between 6:20 a.m. and 6:50 a.m.