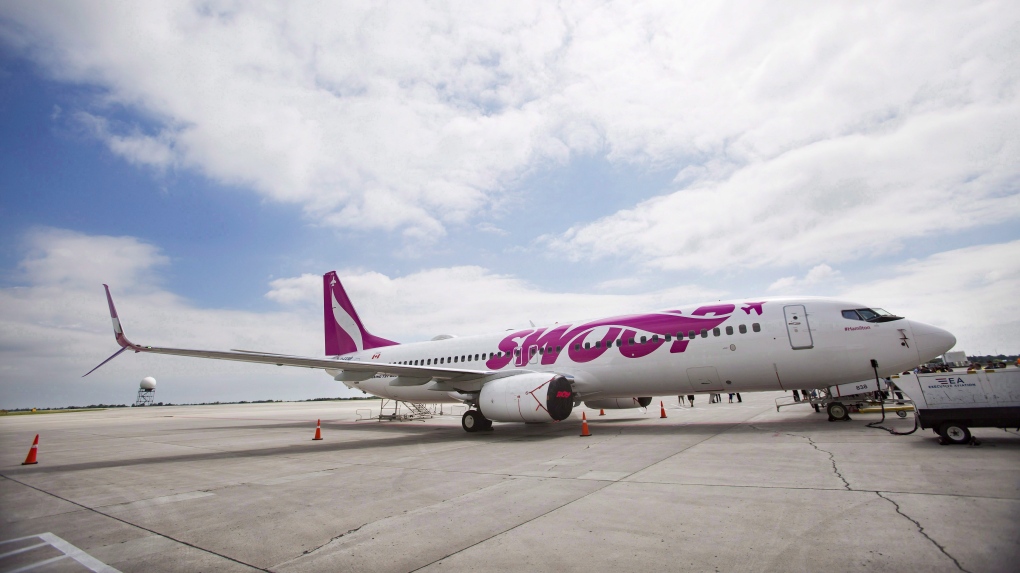 Swoop is adding eight new domestic flight destinations and one new international route to its roster from the Edmonton International Airport.

Beginning this summer, the Edmonton-based airline will offer direct flights from Edmonton to Halifax, Charlottetown, Moncton, Ottawa, Kelowna, Comox, Saskatoon and Regina with a straight through route to Palm Springs starting Dec. 16.

Charles Duncan, the president of Swoop, told CTV News Edmonton the carrier has transported more than 3.5 million travellers for the past three-and-a-half years and it plans to continue growing its fleet.

On Monday, the airline revealed its tenth airplane, a Boeing 737-800 with the hashtag Edmonton painted onto the side of it.

“We want to be number one in Edmonton,” Duncan explained.

“It’s just the beginning, we’re planning this coming summer to grow from 10 to 15 airplanes and ultimately our ambition is to grow to 30 aircrafts." 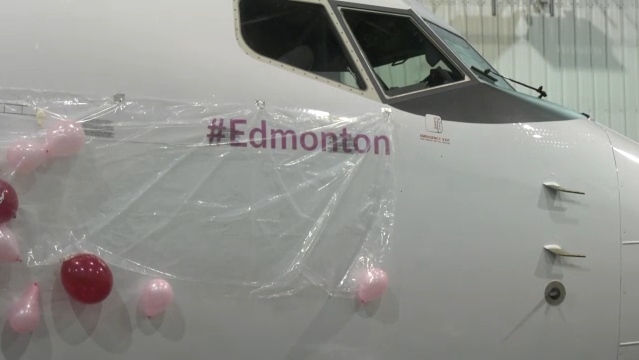 According to Duncan, the expansion will support 345 jobs locally and create an additional 140 across Canada.

“We’re planning a recovery back from COVID,” Duncan said. “As our city and province moves forward, so will Swoop.”

Swoop is a low-cost carrier, and since beginning operations Duncan said 56 per cent of tickets sold have been under $100.

“For far too long this country has had airfares that are too high,” he said.

“It’s a la carte, you buy and select what you want.”

We are celebrating our 10th aircraft & some Swooper news in #YEG! Our summer schedule will include service from Edmonton to #Charlottetown, #Comox, #Halifax, #Kelowna, #Moncton, #London (ON), #Ottawa, #Regina & #Saskatoon. And, NOW also direct service to Palm Springs in Dec. 🌵 pic.twitter.com/sIPNn15gUT