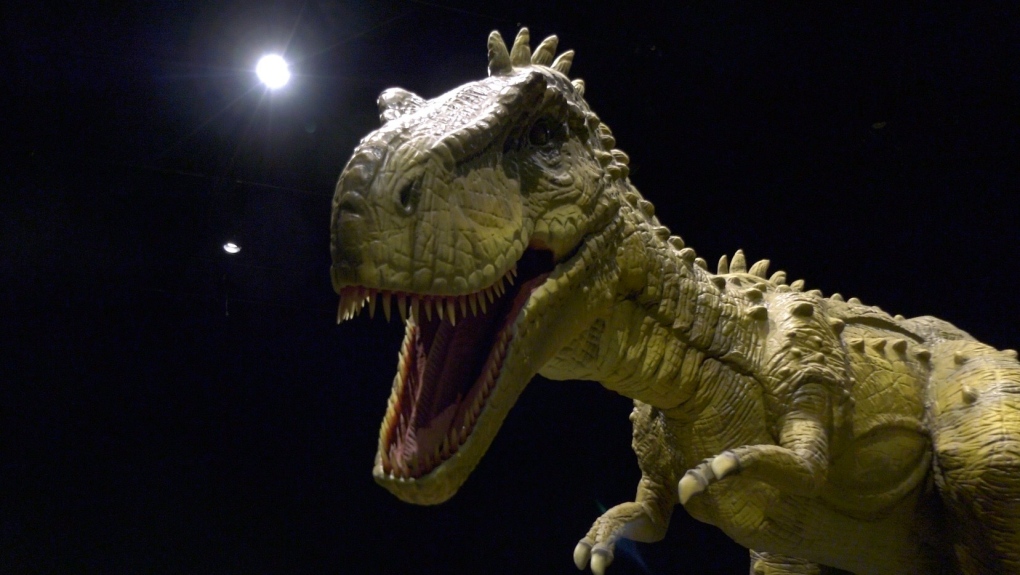 Telus World of Science will once again welcome members of the public through its doors. Visitors can take in the new feature exhibit, Expedition: Dinosaurs until October. (CTV News Edmonton)
EDMONTON -

For the first time since November, Telus World of Science Edmonton (TWOSE) is opening its doors to the public.

The science centre was closed for seven months because of COVID-19, but starting Thursday visitors are being welcomed back with a brand new feature exhibit to enjoy.

"Expedition: Dinosaur" is touted as an immersive experience where life-size animatronic creatures from prehistoric times grace the cultivated landscape.

"They've been sitting in the dark for the past four months, waiting for Edmontonians to show up," Alan Nursall, president of TWOSE, told CTV News Edmonton on Wednesday. 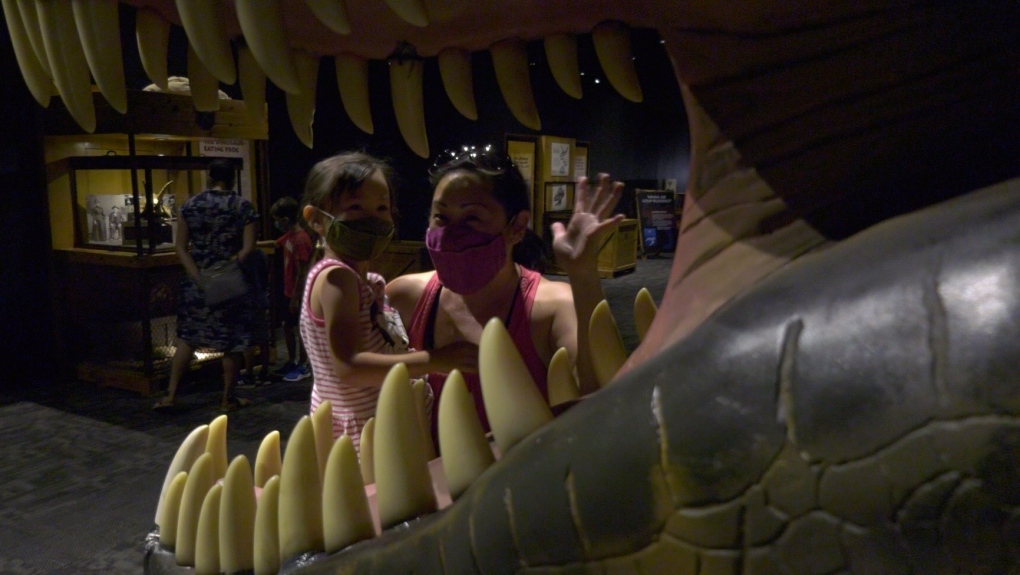 Keeping with the dinosaur theme, the science centre's IMAX theatre will be featuring Dinosaurs of Antarctica. Guests can take in a reimagining of what Antarctica could have looked like hundreds of millions of years ago.

The TWOSE Zeidler Dome is also reopening with three planetarium shows alongside "Laser DAFT PUNK," a tribute to the former electronic music group.

Nursall said everyone at the science centre is excited to bring visitors back.

"We have been really active over the winter and spring doing a lot of online content, a lot of virtual content," he said, "but now it's an opportunity to get back and actually welcome our members, our visitors, tourists, the community at large."

TWOSE will be open Wednesdays to Sundays to start, and admission will be granted on a time-based format, in order to manage capacity, so it is recommended that people book online in advance.

"Expedition: Dinosaur" will be on display at TWOSE until October.

What each province, territory is doing on National Day for Truth and Reconciliation

Friday is the second annual National Day for Truth and Reconciliation, also known as Orange Shirt Day. The federal government made Sept. 30 a statutory holiday for its workers and federally regulated workplaces last year.

On this National Day of Truth and Reconciliation, a recent investigation into the death of a 32-year-old Indigenous man is a stark reminder of the ongoing struggle for justice that continues to elude the Ojibways of Onigaming First Nations.

Russian President Vladimir Putin signed treaties Friday for an illegal annexation of occupied Ukrainian territory in a sharp escalation of his seven-month invasion of Ukraine. Its leader immediately countered with a surprise application to join the NATO military alliance.

The Conservatives' cheeky term for inflation under the Liberals has got some MPs into trouble in the House of Commons, where saying 'Justinflation' has been deemed verboten.

A revived Hurricane Ian set its sights on South Carolina's coast Friday and the historic city of Charleston, with forecasters predicting a storm surge and floods after the megastorm caused catastrophic damage in Florida and left people trapped in their homes.

Ceremonies, marches and other gatherings are taking place across the country today as communities mark the National Day of Truth and Reconciliation.

Memphis teacher Eliza Fletcher died from a gunshot wound to the back of her head, autopsy reveals

Eliza Fletcher, the Memphis teacher who was abducted while on an early morning jog earlier this month, died from a gunshot wound to the back of her head and blunt force injury, according to an autopsy report.