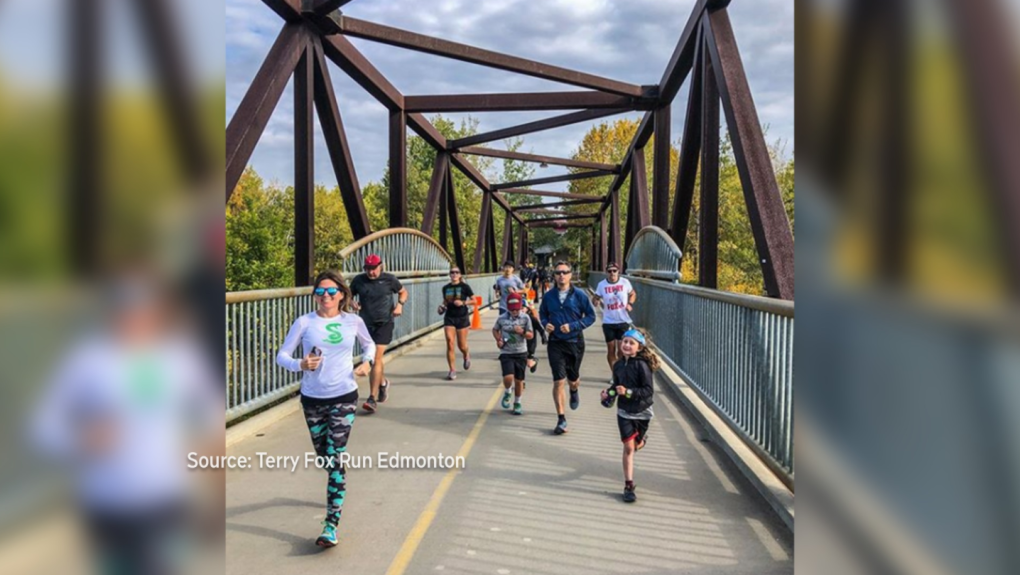 The 40th anniversary of the Terry Fox Run took place on Sunday.

EDMONTON -- Forty years after Terry Fox set out on his Marathon of Hope, the annual run doesn’t look like what we’ve become used to.

With restrictions in place due to COVID-19, the run went online this year, and those who took part individually or in small groups were encouraged to post about it online.

People were still encouraged to donate through the web, or down at Kinsmen Park, where a booth was set up earlier today.

Organizers held a bottle drive and sold merchandise to have a physical presence and raise as much money as possible during a very unconventional fundraising campaign.

“We're so thankful that they appreciate the fact we do have to social distance, but to actually see Terry's tent, a picture of him the wall, especially for the cancer survivors, it really is a part of our Canadian life,” said Darrin Park, co-organizer of the Terry Fox Run Edmonton.

On Saturday, two-time cancer survivor James Grindlay, completed a marathon through our city to raise funds.

Anyone can donate online.