'The bear is in the hallway': Black bear breaks into northern Alta.'s family home

A Fort McMurray-area family had an unusually close encounter with a black bear last week.

Sean Reddy told CTV News Edmonton he was working in his yard when his two dogs became aware of the bear in front of the family home.

"The dogs had cornered the bear in the corner by the garage," Reddy said. "I was worried (the bear) was going to swipe them or kill them."

Reddy said he called his dogs back and put them in his shop.

The bear then made its way into Reddy's garage.

"Two of my boys were home, so I came into the house to tell them, 'Don't go in the garage because we have a bear in the garage,'" said Reddy.

When Reddy checked the garage again, he saw the bear had left and figured the incident was over.

That's when Reddy's 10-year-old son told him there were scratching sounds coming from inside the house.

"My oldest ran back in the house, and I was at the front door and that's when he yelled at me and said, 'The bear is in the hallway,'" said Reddy.

"I came back into the house and sure enough, he's at the corner of the hallway where all of the kids bedrooms are."

The Wood Buffalo man said the bear then walked into his 10-year-old son's bedroom.

"I figured because (my son) was home and he had just had a shower and he probably left his window wide open – so I'm thinking, 'OK, the bear has gone back in through the way he came.'"

Reddy closed the door of his 10-year-old's bedroom, but soon realized the window inside was actually closed.

The Reddy family closed the doors to all the other bedrooms except for the one the bear had come in through and called his next door neighbour for help.

Once they had moved a bookshelf and some other furniture to block the way to the rest of the house, Reddy opened the door to the bedroom where the bear was still lurking.

"I looked in and sure enough he was at (my son's) computer desk. And he just looked back at me over his shoulder, kind of like, 'What do you want?'"

"I wasn't waiting for him to come out and greet me then," said Reddy. "I went back and we closed off the hallway with the furniture."

According to Reddy, a couple of minutes later the bear wandered out the bedroom, down the hallway and back out the window it came in through.

"Walked up the driveway and set off a bear banger by him as well," said Reddy. "He didn't care that the bear banger went off or didn't even flinch. Kept on walking."

Once the Reddy family's bear encounter was over they assessed the damage, which turned out to be minimal.

"He broke a screen," said Reddy. "He had knocked (my son's) computer monitor off the desk and smashed the monitor." 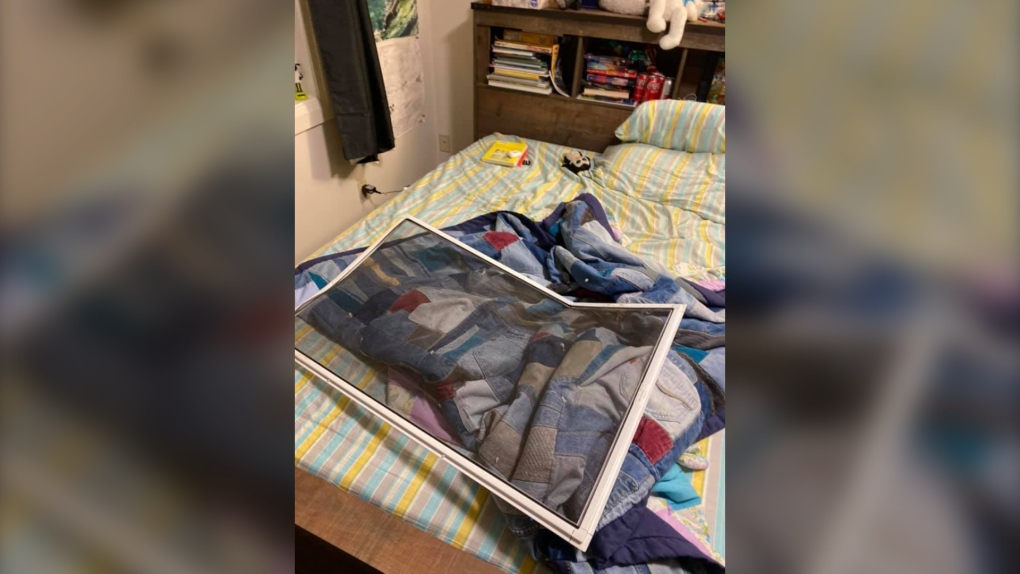 Reddy said the bear also finished off some cereal his son had left out.

"Bit of an adrenaline rush. I kind of figured we had enough of a plan that I don't think I was going to get attacked by the bear," he added. "Kind of had to do something."

In a written statement, Alberta Fish and Wildlife told CTV News Edmonton officers set up a trap on Reddy's property to try to catch the bear, but the bear has not returned. 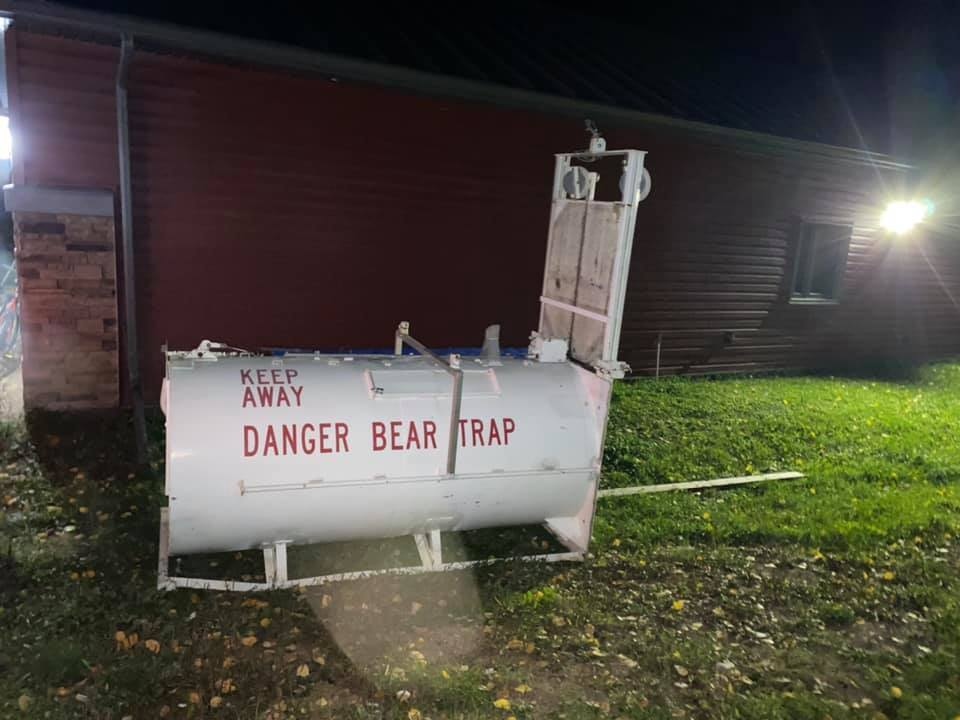 "A bear entering a house is not unheard of, but it is certainly a rarity," the statement read in part.

"At this time of year, with the days getting shorter and the overnight temperatures dropping, bears continue to put more and more focus on calorie intake in order to prepare for the upcoming hibernation period.

"Many of the berries that black bears have relied on during the summer period have now been eaten or have dried up and fallen off the trees. Because of this, bears will travel more in order to find another food source, which sometimes causes them to wander into nearby human-habituated areas."

"Bears coming into urban areas to feed on unnatural food sources is a public safety risk because they are easily habituated and may defend the food source."

Alberta Fish and Wildlife suggests the following strategies to help keep both bears and people safe:

If you encounter a bear or other wildlife that could be considered a safety concern, you're asked to report it to the 24-hour Report a Poacher line at 1-800-642-3800.

Two Canadians were killed and another was injured in a shooting at a Mexican resort near Playa del Carmen on Friday, local officials have reported.