A Lloydminster man has set a record for the largest pumpkin ever grown in Canada, according to a pumpkin festival.

Donald Crews grew a gourd that tipped the scales at 2,537 pounds.

He’s no stranger to the pumpkin game as he’s been growing and showing them at the Smoky Lake Pumpkin Festival for two decades.

He says he fell in love with the hobby after he planted his first pumpkin.

“We got this little pumpkin and I said, ‘Well, that’s awesome because look how fast it grew,’ and then the next year I said, ‘Well, let's do it again,’ so I grew another one that was a lot bigger, and I said ‘Wait, wait, I have to figure out what I’m actually doing here, because this looks like it could be fun.’ Then the next year I grew one that was like 200 pounds and I thought, ‘Wow,’ and I was completely hooked.” 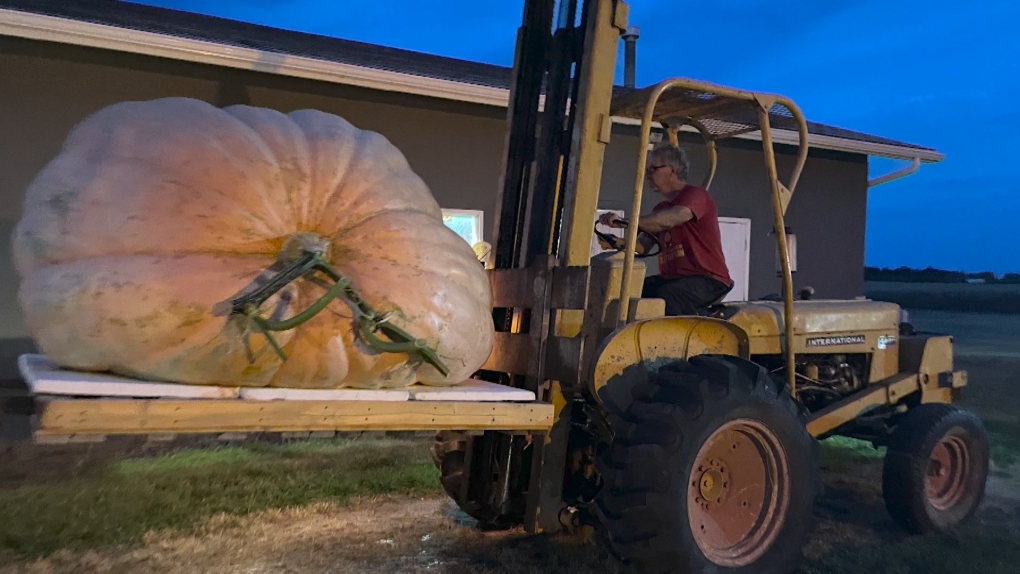 Every year he works at beating his previous record.

“It’s like a personal challenge, right? It’s like, ‘Oh, I know what I did wrong, I’ll fix that,’ and then the next year you find something else you did wrong, and you fix that.”

Crews said you need perfect conditions, and a lot of hard work to grow a large pumpkin.

“Who knows what perfect is? That’s the real trick. What is perfect?”

He says he knew this one was special early on.

“I had a pretty good clue that I was onto something good this time.”

Over a few weeks, the pumpkin grew by leaps and bounds.

“It starts to grow well at about the 15-day mark and then by 20, that’s about when it's starting to hit its peak growth. So then it ramps up quickly from 20 to 40 pounds a day,” he said.

“You have to hit over 50 pounds a day for an extended period of time to grow something over 2,000 pounds.”

By the time the pumpkin was full grown, Crews knew he had a winner on his hands, but proving that was more difficult than he anticipated. 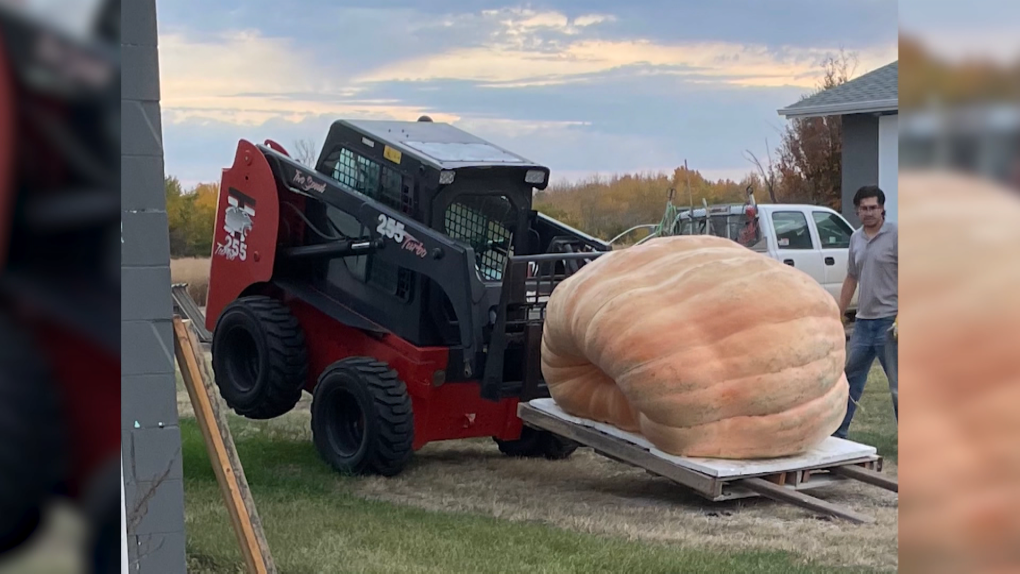 “I was pretty nervous, right? Because you’ve got to get this thing to the weigh off.”

But the hard work paid off in the end.

“What happened? I won the fair.” 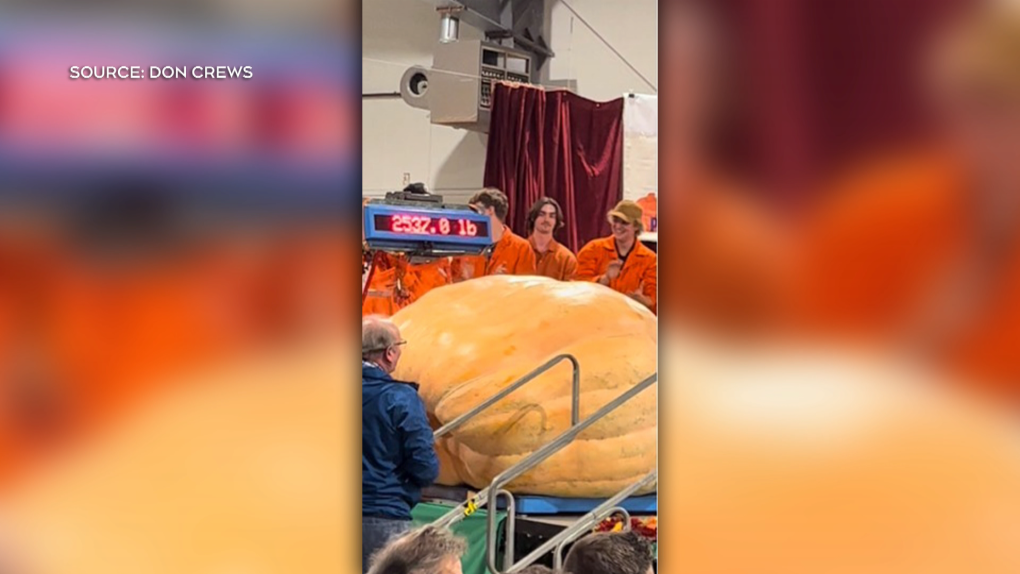 And according to the Smoky Lake Pumpkin Festival, he set a Canadian record as well.

“It’s a good feeling. Everyone knows it’s only temporary, it’s only a matter of time before someone beats it, right? Hopefully it’s not this year.”

“There’s lots of good growers out there, and they’re all doing the same things I am.”

But Crews hasn’t forgotten his roots.

“I couldn’t have done it without all my family and friends helping me.”

“My wife does everything that I can’t do around the house and yard when I’m spending too much time with my pumpkin.”

Now Crews and his family are faced with a new challenge: what to do with all that pumpkin.