There are 2,000 golden-winged birds at the Edmonton Convention Centre

EDMONTON -- A flock of some 2,000 golden-winged birds have finished their migration to northern Alberta, been un-bubble wrapped and hung from the ceiling of the Edmonton Convention Centre.

The eight-by-three-metre sculpture by Lethbridge's Catherine Ross took several hours to install Tuesday night but went as smoothly as it could – considering the piece consists of 2,035 birds individually suspended above visitors' heads.

"I walked underneath that piece for the very first time and I broke into tears," Ross told CTV News Edmonton the next day. 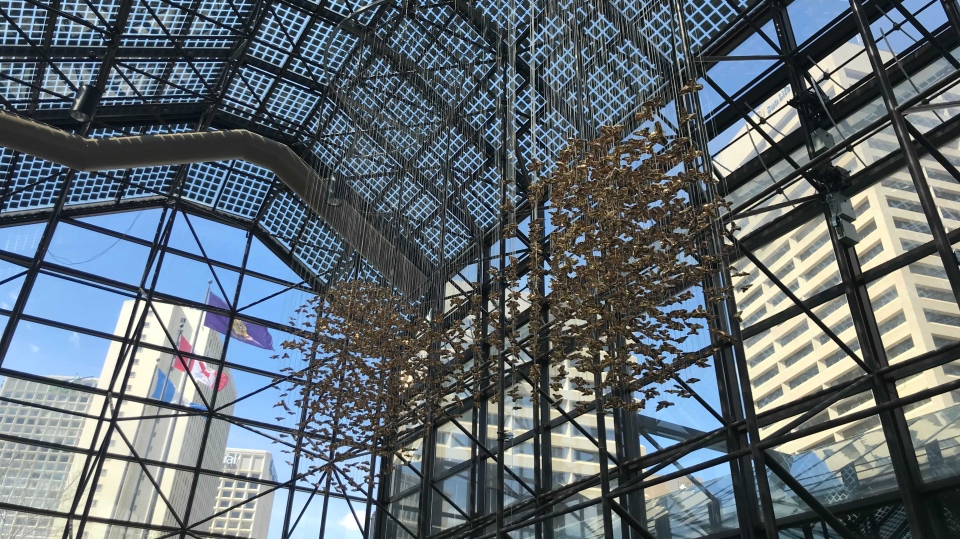 "The trust that I put in myself was rewarded on that instant. When you're a sculptor and your work is labour intensive, you have to have a lot of faith in the final objective. It's the only thing that gets you through."

Although Ross' work was selected by the Edmonton Arts Council and Edmonton Convention Centre just a couple years ago, she had started the project in 2000 with a different idea for the hand-modelled, drilled, triple-fired and glazed clay birds.

When, years later, she saw the art call for the ECC, she knew that's where they belonged, Ross told CTV News in March while prepping for their transfer.

She said Wednesday, having seen the final result: "It's amazing how well it fits. It's like they were meant to be.

"There's no hesitation between the integration of the architecture and the sculpture components… It's a poetic and completely balanced relationship." 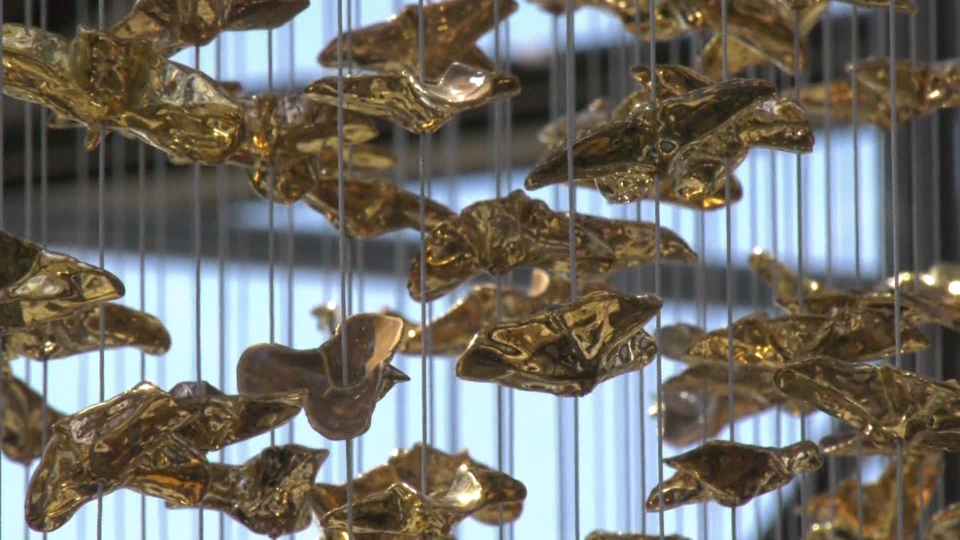 ECC marketing manager Mevisha Maistry called "The Migratory Path" a meaningful piece to be displayed at the event venue which normally hosts thousands.

"We are a gathering place of connection. We welcome people from all walks of life through our venue, so we're hoping that people can come and see this piece, experience it, and enjoy it and really see themselves in it," Maistry said.

"This piece represents who we are in the community and who we are to Edmontonians."