These are the Edmonton neighbourhoods with the most vehicle thefts

EDMONTON -- The Edmonton Police Service is bringing attention to vehicle theft hot spots around the city heading into the holiday season.

Large street side signs will be placed in nine different neighbourhoods with high crime stats for both “theft from” and “theft of” vehicles.

Communities with the most reported theft of vehicles:

Communities with the most reported theft from vehicles: 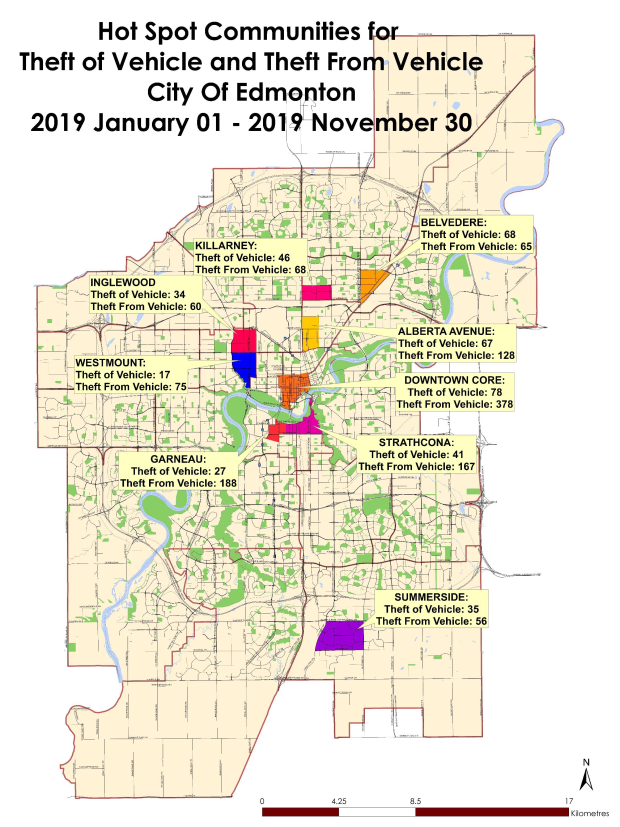 “When it comes to theft of vehicle the weather definitely can sometimes play a factor as there’s an increased likelihood hood that someone might leave their vehicle running with the keys inside, which should never happen.”

In terms of preventing theft from a vehicle, Smith offered tips to reduce chances of becoming a victim.

“Making your vehicle unattractive to would-be thieves is important as well. That means putting items out of sight that might be interesting to a thief.”

Parkades and other parking lots are also a target because they are frequently left unattended with poor lighting.

Up to this point, 2019 has had the highest number of thefts from vehicles since 2013.