'They're amazing people in our community': RISE Awards celebrate immigrants in Edmonton 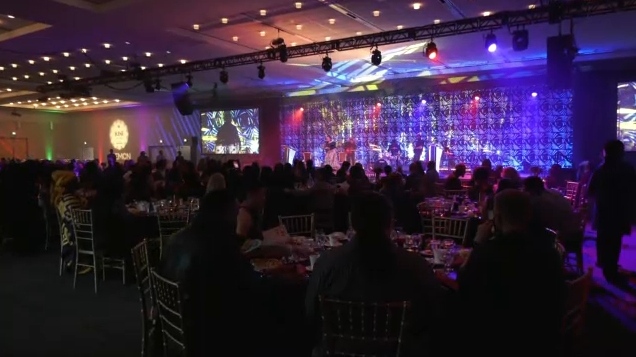 The 17th anniversary of the Recognizing Immigrant Success in Edmonton (RISE) Awards was held Friday at the Edmonton Expo Centre.

The RISE Awards started in the wake of the 9/11 tragedy in New York as a way to celebrate and honour the work that immigrants do in Edmonton, according to the executive director of the Edmonton Mennonite Centre for Newcomers (EMCN).

"There was a rise in xenophobia and racism, and we thought, 'Hey, they're amazing people in our community, they're community builders, let's celebrate them,'" said Meghan Klein.

The EMCN started the RISE Awards in 2003 to recognize "individuals and local organizations for their commendable service to building strong communities through social, cultural and economic development," according to the organization.

"One of the shocker stats when I started in this role is that one in four Edmontonians was actually born outside of Canada," said Klein. "Think about that and think about our city, it is being built by people who came from all over the world.

"It's a pretty important and large segment of our community."

On Friday, the seven recipients of the 2021 awards were also honoured, after that year's event was cancelled due to the pandemic.

Alberta Premier Jason Kenney is urging the U.S. government to convince Michigan to abandon its legal campaign against the Line 5 pipeline.

Former Pentagon officials have briefed at least three Canadian members of Parliament about unidentified flying objects, according to a Manitoba MP and a Texas-based researcher.

A day after Maple Leafs star Mitch Marner was robbed of his Range Rover at gunpoint outside an Etobicoke movie theatre, Toronto police said they have already seen more carjackings so far this year than they did in all of 2021.