'They should have the facts': An Edmonton BBQ sauce maker says it is being blamed for a man's firing by a different company 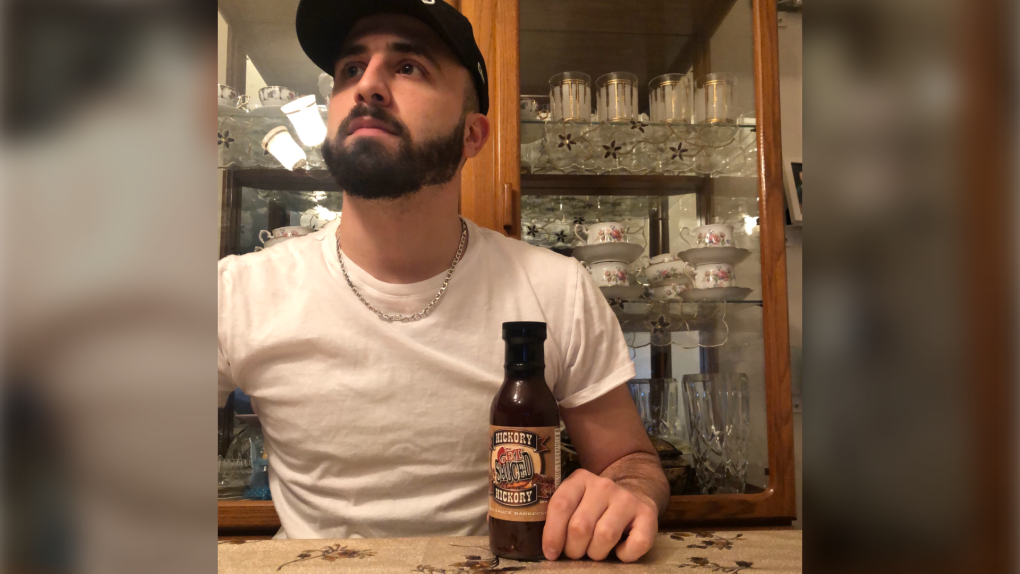 Hussien Mehaidli, a 27-year-old from Burnaby, B.C., said he was fired from his job after complaining over Twitter about a bottle of barbecue sauce given to him as a holiday gift.

EDMONTON -- An Edmonton-based barbecue sauce maker says it is taking the heat for a man’s firing after he tweeted about receiving the company’s product as a holiday gift from his employer.

“It hasn’t been good for us. We’ve got people on Twitter and Facebook making negative comments about it, thinking we’re the reason that gentleman got removed,” Gary Lalonde, owner of Get Sauced, told CTV News Edmonton on Saturday.

He and his wife Jackie bought the 31-year-old business seven years ago.

“They’re not reading the whole article. We’ve got people saying they’re going to boycott us.”

The article he’s referring to is a CTV News story published on Jan. 3 about a Canadian’s claims he was fired after he criticized his employer, Fastenal, on social media.

The U.S.-based wholesaler of construction materials gifted Hussien Mehaidli, an employee of six years, a $6 bottle of hickory barbecue sauce from the Edmonton company along with a wooden barbecue scraper.

“What kind of multi billion dollar company gifts it’s (sic) Canadian employees barbecue sauce as a holiday gift?” he tweeted. Ten days later, Mehaidli says he was fired. An “exit interview” letter sent to him on the day of his termination confirms that he was terminated for “violation of standards of conduct policy – acceptable conduct section.”

‘If people would just take the time to read the article: we just sold the product’

Lalonde says his phone and email began dinging when the story was published.

“It was a little shocking. I didn’t quite know how to respond.”

The Edmonton business owner told CTV News Edmonton as many people have defended Get Sauced as people have criticized it.

“Most everything has been positive defending the company. Except for a few people who didn’t read the article,” Lalonde said.

“And that’s what concerns us the most. We had nothing to do with what transpired with the gentleman. And if people would just take the time to read the article: we just sold the product.”

As for that product, Lalonde said its one of more than two dozen sauces, spices and dip mixes Get Sauced makes.

“It’s one of our top-selling products. It’s got a nice smoke flavour in the background to it, hickory taste. It’s a nice straight-forward (sauce for) steak, chicken, ribs. Very versatile.”

The barbecue sauce seller added he sees no problem receiving it as a gift.

“I like barbecue sauce. I like our company’s. I’ll even use other people’s. We barbecue year-round in our house.”