This expensive part is being stolen from vehicles in St. Albert, police say 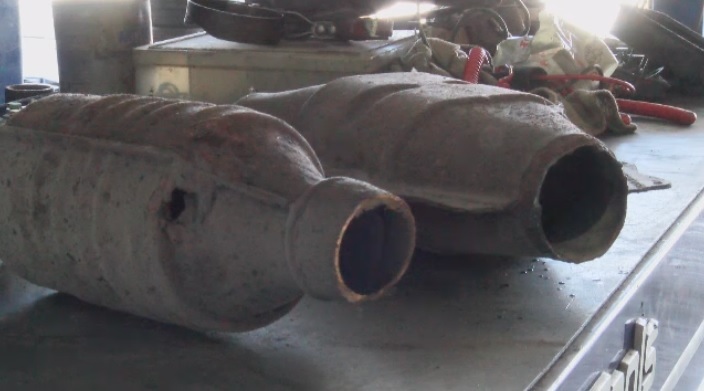 They don't look like much, but catalytic converters are often made of expensive metals like platinum, which likely explains why theft of the car part is on the rise.

EDMONTON - Police have issued a warning to St. Albert residents after a rise of thefts of catalytic converters.

According to RCMP, in September they received 11 complaints of thefts of catalytic converters from parked vehicles, and two so far in October. The second happened over Thanksgiving weekend, to a vehicle parked at the Sturgeon Community Hospital.

Police say thieves steal the converters to sell the parts for profit, but it can end up costing drivers up to $2,000 to repair per vehicle.

Trucks and SUVs are more at risk for catalytic converter theft because the thief has to slide under the vehicle and saw through the piping.

To minimize the risk of catalytic converter theft, park vehicles in a well-lit area or in a garage, park close to entrances or high traffic areas where someone might notice a thief, and report suspicious activity around parked vehicles to police.

Edmonton police issued a similar warning in the city in May of 2018.

Anyone with information about the thefts is asked to call St. Albert RCMP or Crime Stoppers at 1-800-222-8477.