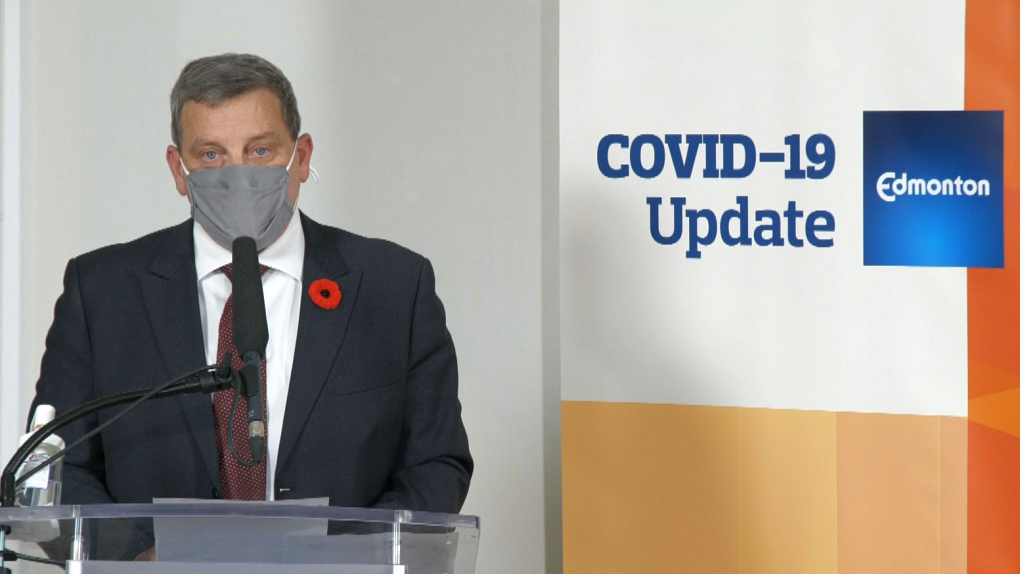 Edmonton's mask bylaw will remain in effect indefinitely, despite new COVID-19 case numbers falling for weeks in the capital city.

Council made the decision late Tuesday to stop the rule from being automatically repealed after 10 days of cases falling below 100 per 100,000 people, which had happened five days in a row.

The law also would have expired on Dec, 31, but now it will be subject to a vote by councillors.

Forty-one new cases were reported in Edmonton on Tuesday, and 818 cases were active.

The mask rule will remain even if the province repeals its masking law.

"By extending the Temporary Mandatory Face Coverings bylaw, Council has ensured that one of our best tools for protection against the spread of the virus remains in place.”

The bylaw requires anyone in a public space within the City of Edmonton to wear a face covering.

City of Edmonton #COVID19 on Tuesday