'Very unstable' atmospheric conditions across central Alberta prompted a series of weather alerts Monday afternoon and into the evening.

According to the Prairie and Arctic Storm Prediction Centre, severe storms were forecasted to develop across the foothills to central regions of the province, with the potential for heavy rain, large hail, and wind gusts.

Tornado warnings are issued when thunderstorms capable of producing tornadoes and severe weather are happening or are likely to occur.

Watches are issued by Environment Canada when atmospheric conditions are favourable for the development of thunderstorms that could produce tornadoes.

Here is a timeline of the major alerts and warnings:

At 7:28 p.m., the previously issued tornado warnings and alerts for Kneehill County and Red Deer County were dropped after the storm was "no longer expected to produce a tornado."

The storm was still capable of producing damaging winds, locally intense rainfall, and large hail — with some communities seeing up to baseball sized hail.

As of 9:13 p.m., most of central Alberta remained under a tornado watch.

At that point, the rotating severe thunderstorm possibly producing a tornado was located 10 kilometres north of Highland Rand, moving southeast at 30 kilometres per hour. The communities of Highland Ranch and Huxley were in its path.

Officials warned residents and visitors in several counties of severe thunderstorms that had potential to produce tornadoes in central Alberta Monday afternoon.

"Seek shelter immediately in a basement or reinforced structure," the alert read. "Get low and put as many walls between yourself and the storm as possible.

"Stay away from windows, doors and outside walls. If you are on the highway and cannot avoid the tornado, seek shelter in a ditch or ravine."

"This is a dangerous and potentially life-threatening situation," the tornado warning read. "Take cover immediately, if threatening weather approaches.

"If you hear a roaring sound or see a funnel cloud, swirling debris near the ground, flying debris, or any threatening weather approaching, take shelter immediately.

The storm had Knee Hill Valley and Milnerton in its path, officials warned. It was moving southeast at 40 kilometres per hour.

Pine Lake was placed under a tornado warning at 6:33 p.m., alongside the Kneehill County communities of Torrington, Wimborne, Trochu, and Huxley. Elnora, Lousana, and Delbure were added around 7:15 p.m.

Oh my goodness. The storm west of pine lake is something else. #abstorm looking west from highway 805 and 587. 😲😲😲 6:40pm pic.twitter.com/CZFtPHpYkG

At that point, the storm was moving toward and then through the communities of Niobe and Penhold. Thirty minutes later the tornado warning for Penhold, Innisfail, and Bowden was ended. 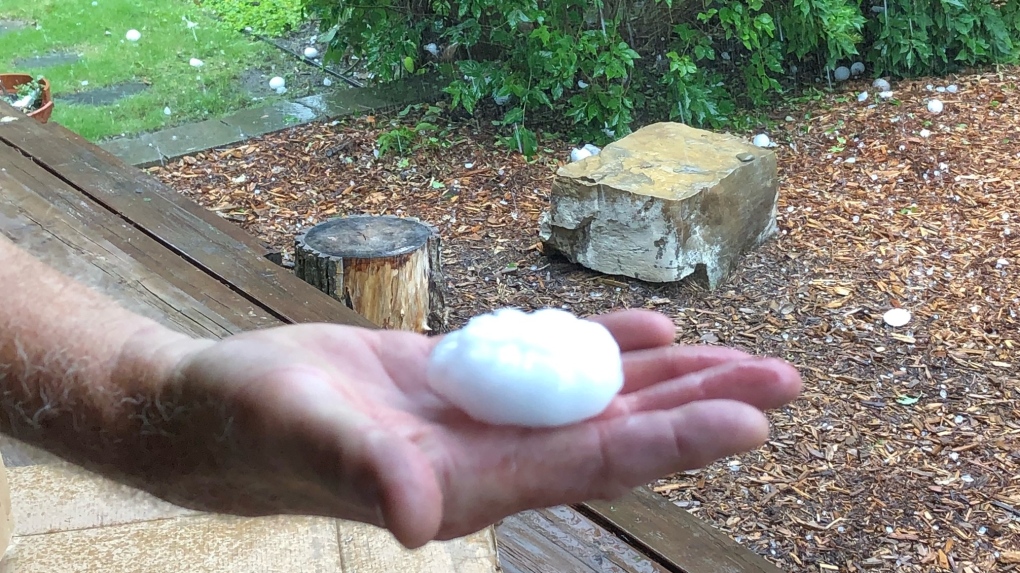 The tornado warning for Sylvan Lake and Stephansson House was dropped. Tornado watches for those and surrounding communities remained in effect. The storm had moved through Markerville and continued east.

Another severe storm was located 20 kilometres northwest of Markerville, moving east at 40 kilometres per hour. Officials indicated it could be producing a tornado.

At 5:50 p.m., a tornado warning was issued for Red Deer County, specifically near Penhold, Innisfail, and Bowden. 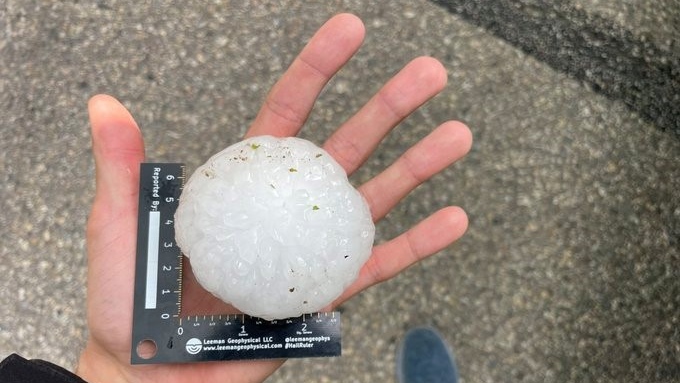 A storm capable of producing a tornado was warned about in Brazeau and Yellowhead counties, located at 4:26 p.m., 20 kilometres north of the Brazeau Dam. It was moving east at 40 kilometres per hour.

The alert was shortlived and ended 13 minutes later as tornadoes were "no longer expected" with that thunderstorm.

According to a tornado warning, a rotating thunderstorm possibly producing a tornado was near Rocky Mountain House, moving east at 50 kilometres per hour, with the storm edging closer to that community and Codner.

That alert was downgraded by 4:03 p.m. to a tornado watch.

The storm was moving east at 50 kilometres per hour, with the communities of Ferrier and Rocky Mountain House in its path, alerts said. 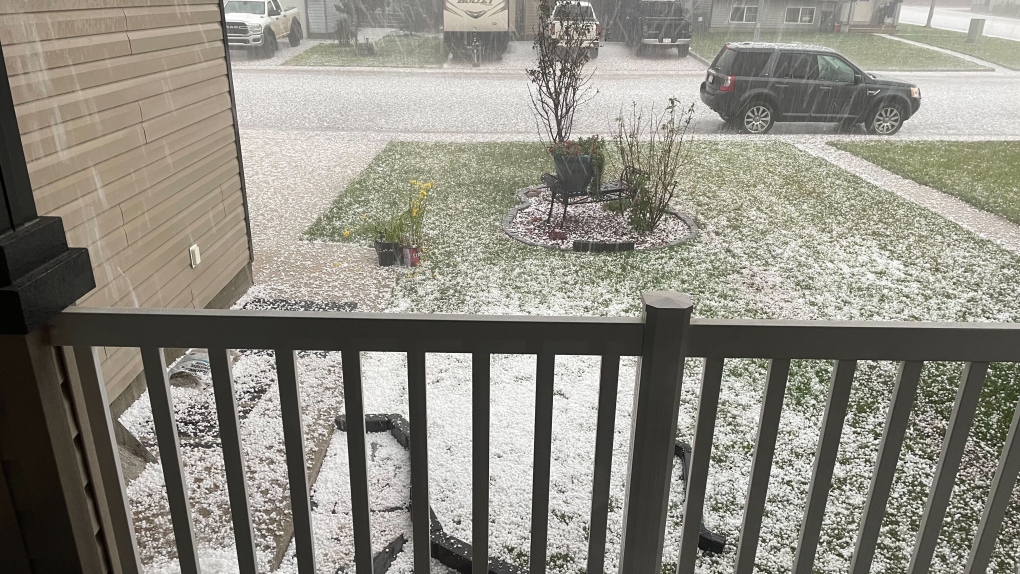 An Alberta Emergency Alert was issued, indicating a rotating thunderstorm was possibly producing a tornado near Horburg, moving southeast at 35 kilometres per hour toward that community. That alert was dropped by 3:30 p.m.

As of 2:13 p.m., a storm was located around 10 kilometres west of Saunders, moving southeast at 40 kilometres per hour.

Several minutes later, the alert was updated to include that the communities of Saunders and Ancona were in the storm's path. That alert ended at 2:41 p.m. as the storm moved past the communities.