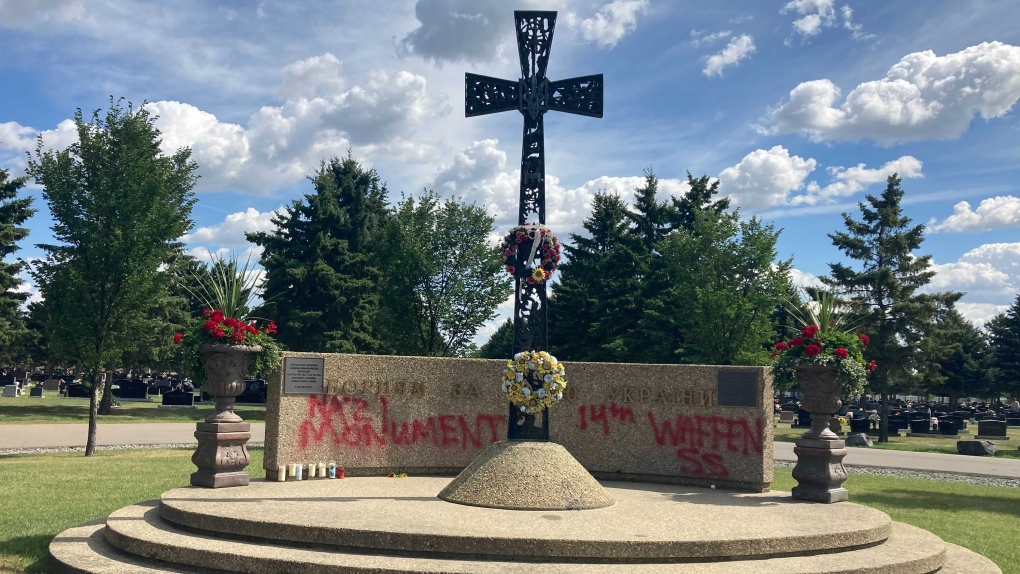 A statue outside the Ukrainian Youth Unity Complex along with a memorial in St Michael’s Cemetery were vandalized this week.

The words "Actual Nazi" were painted on the former's statute of Roman Shukhevych, and “Nazi Monument 14th Waffen SS” on the cemetery's memorial.

“The vandalism that recently occurred is most disturbing to us and we are working with Edmonton City Police and the hate crime unit to investigate the vandalism,” the Ukrainian Catholic Eparchy of Edmonton, which operates the cemetery, said in a statement.

A spokesperson from the Edmonton Police Service confirmed the incident was reported.

According to the Ukrainian Catholic Eparchy, the monument was put up in the 1970s by Ukrainian Veterans of the Second World War, whose members fought against both the Red Army and the Nazis for Ukrainian independence.

However, that history is disputed by a Canadian Jewish organization which has long called for the statue and memorial to be removed.

“One is a statue of Roman Shukhevych, a Ukrainian military leader who collaborated with the Nazis and whose units massacred Jews and Poles between 1941-1944. The second is a memorial to the 'freedom fighters' of the SS’ 14th Waffen Division, who carried out massacres of women and children,” the FSWC said. 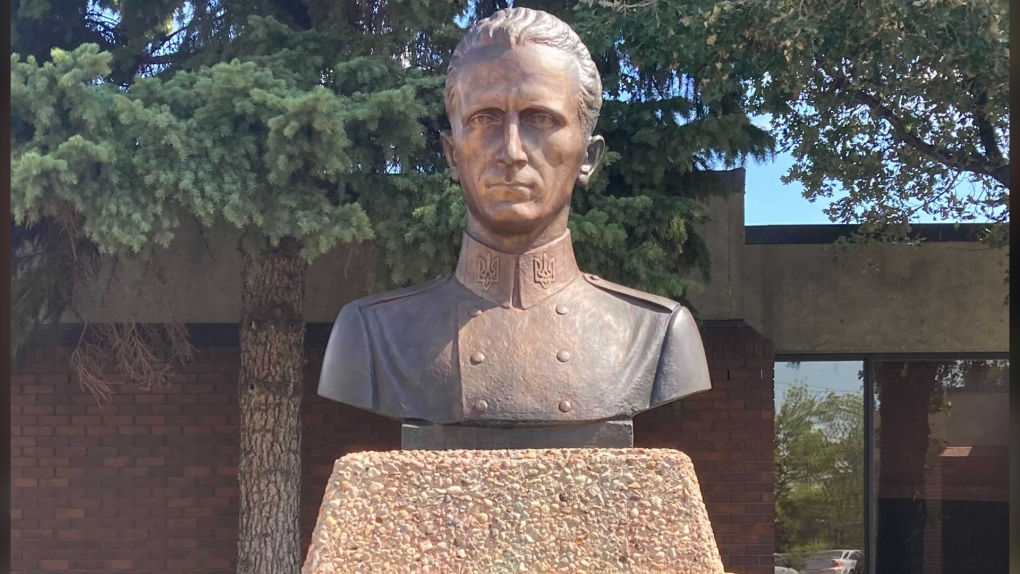 Policy director Jaime Kirzner-Roberts said, “It is beyond shameful to have monuments here in Canada honouring Nazi collaborators and war criminals.”

Kirzner-Roberts called the monuments insulting to Jews, the Nazis' victims, and those that fought against them.

“These monuments are nothing less than a glorification and celebration of those who actively participated in Holocaust crimes as well the mass murder of Polish civilians."

FSWC added it hoped, in “this moment of heightened interest in re-examining tributes to historical figures," that the property owners would rethinking keeping the sites.

“We ask the community that had put up these statues… to take another look and realize that Canadians do not want these kinds of individuals being honoured, and it’s time to retire these monuments and statues and replace them with icons that are more in line with the values of Canadians,” said Kirzner-Roberts.

However, the Ukrainian Catholic Eparchy called the vandalism "part of the decades long Russian disinformation campaign against Ukraine and Ukrainians to create a false Nazi image of Ukrainian freedom fighters."

The group added, "The translation of the Ukrainian message on our vandalized monument is 'For those who fought for Ukraine’s Freedom.'"