EDMONTON -- The projected height of the COVID-19 pandemic in Alberta is not quite as bad as initially projected.

New models from the province show that Albertans are flattening the curve.

"Alberta is starting to see the results of the collective sacrifices we have made," chief medical officer of health Dr. Deena Hinshaw said this week.

Initial models released on April 8 estimated that hospitalizations at the pandemic's peak could be as high as 13,000 and likely around 800. 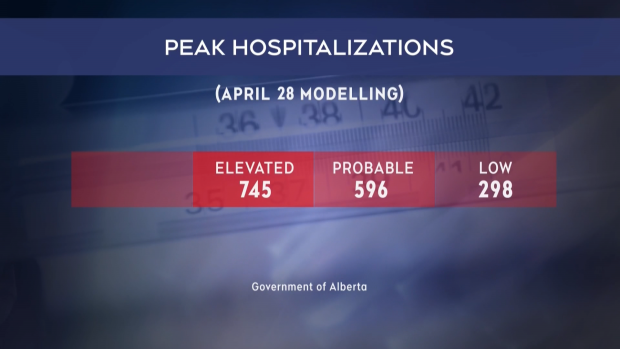 The estimates for intensive care patients are also down. 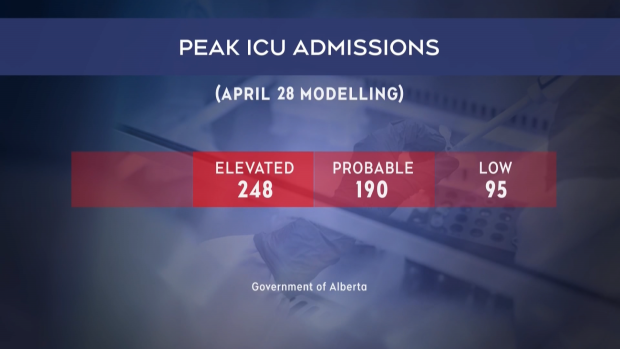 "If trends continue as they are, this new low scenario could become the most likely scenario for Alberta," Premier Jason Kenney said.

As encouraging as these numbers appear, Alberta's top doctor is asking people to stay diligent and to continue to follow recommendations to stop the spread.

"Modelling is just a projection of a possible future, and is not a guarantee," Hinshaw said.

COVID-19 is expected to peak in Alberta in late May.

The province will update its modelling again in the coming weeks.