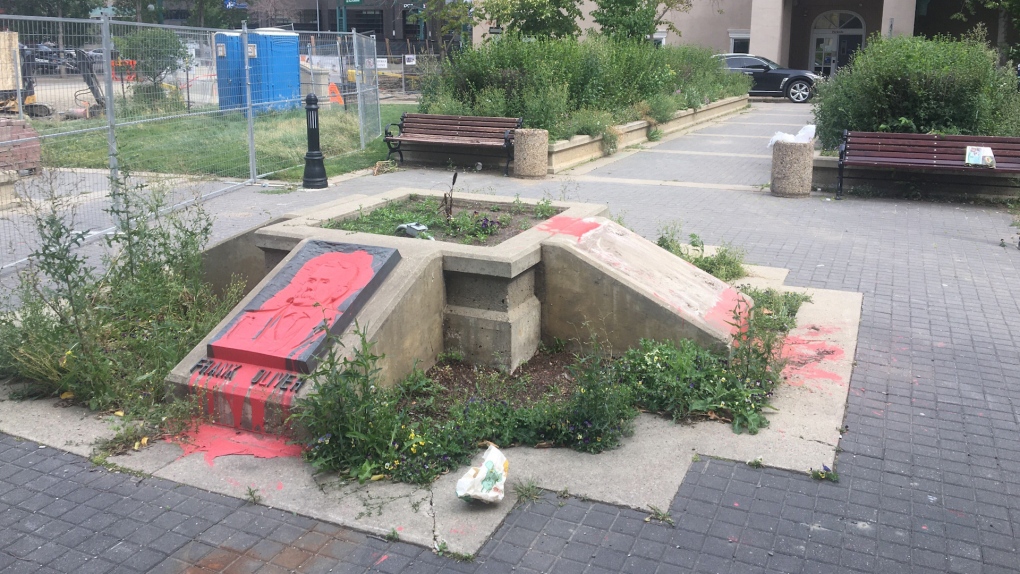 One of the vandalized Frank Oliver plaques has been removed. Tuesday, Aug. 11, 2020 (CTV News Edmonton)

EDMONTON -- A plaque with information about Frank Oliver that was vandalized in July has been removed and will undergo a review before it can be returned.

Parks Canada said it is responsible for the plaque and removed it on Monday. 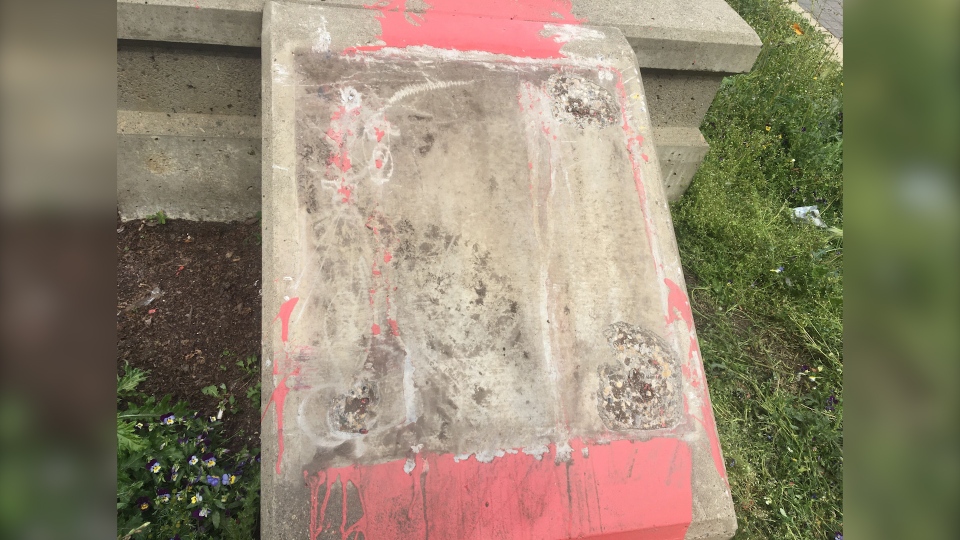 “The text will undergo a review to ensure the more complex and sensitive history of this subject is reflected, in consultation with local Indigenous organizations and Edmontonians,” said Megan Damini with Parks Canada.

“National historic places, persons, and events have profound importance to Canada…However, it is important, at all times, to reflect on the past in the context of the present.”

Damini says that reviews like the one the plaque will undergo can sometimes “result in changes, including changes to the reasons for designation, name of the designation, and changes to the language used in plaque text, to more fully reflect all views of history.”

The plaque belongs to the Historic Sites and Monuments Board of Canada (HSMBC) and commemorated Frank Oliver’s designation as a historic person. It was located in the Hotel Macdonald courtyard in downtown Edmonton. 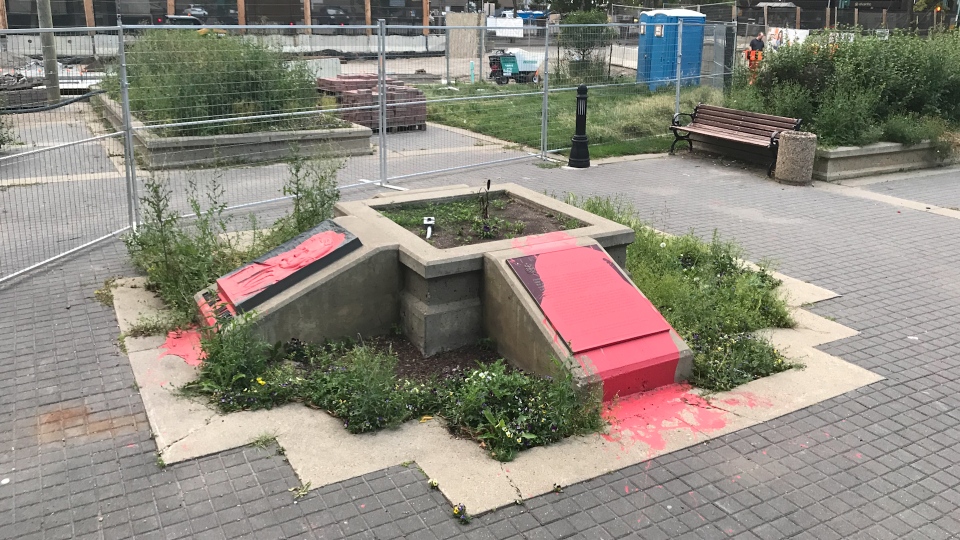 The plaque, along with another one bearing Oliver’s image, was vandalized with red paint on July 20.

The statue, along with the name of the Oliver neighbourhood itself, have come under fire recently.

The Oliver Community League recently called on the City of Edmonton to change the name of the downtown neighbourhood, citing harmful policies led by Frank Oliver.

The OCL said Oliver, who served as a member of parliament between 1904 and 1917 and also served as Superintendent-General of Indian Affairs, "spearheaded many harmful policies that directly targeted Indigenous communities, people of colour, newcomers and people with disabilities."

Members of the Sucker Creek Cree First Nation as well as Mayor Don Iveson have said they supported the call to action.

WHO IS RESPONSIBLE FOR THE REMAINING PLAQUE?

The remaining plaque depicting Oliver’s image and name was not removed on Monday, as Damini said Parks Canada is not responsible for it. 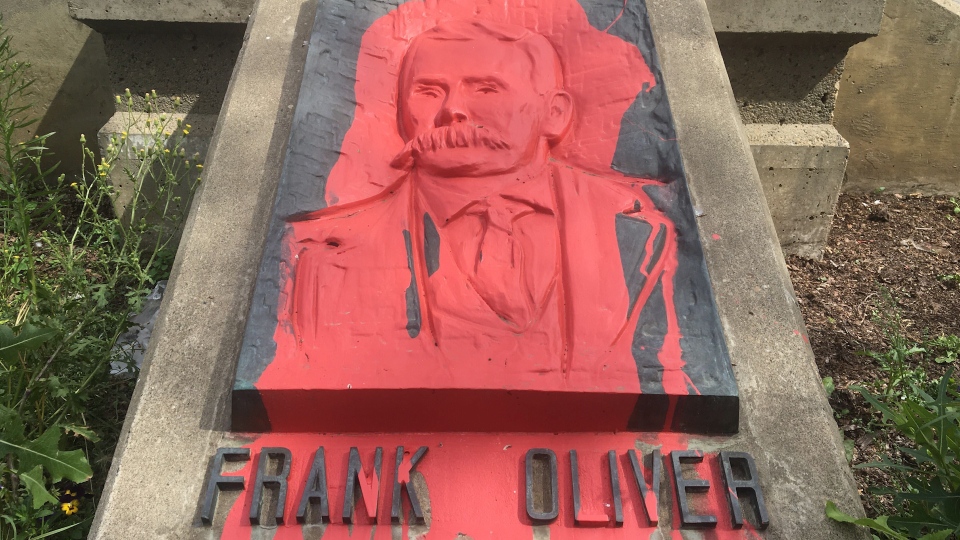 Procura, which owns the land the plaque sits on, also stated it wasn't responsible for the memorial, saying the City of Edmonton was.

The City of Edmonton tells CTV News Edmonton the plaque is the responsibility of Parks Canada.

As of Tuesday, the second plaque was still in place.