EDMONTON -- A woman is warning the public to be careful in Mill Woods after a coyote and her five pups have made their home underneath Kameyosek School on Lakewood Road.

Amberlee Jordan said she and her sister-in-law were out walking when they noticed the mother coyote around the school grounds.

“The mother was keeping a close eye on us but she stayed quite a distance away. I don’t think she wanted us to see where the cubs were,” said Jordan. “But then we saw them; they were popping their heads out. Very cute but probably very dangerous to be close to them.”

Jordan said they went home and called animal control and the police to be safe.

“They (Animal Control) told us that they would send someone out so we thought we would just hang out and kind of warn anyone until they came.”

Jordan and her sister-in-law also made signs to put in the park, warning people of the coyote’s presence. 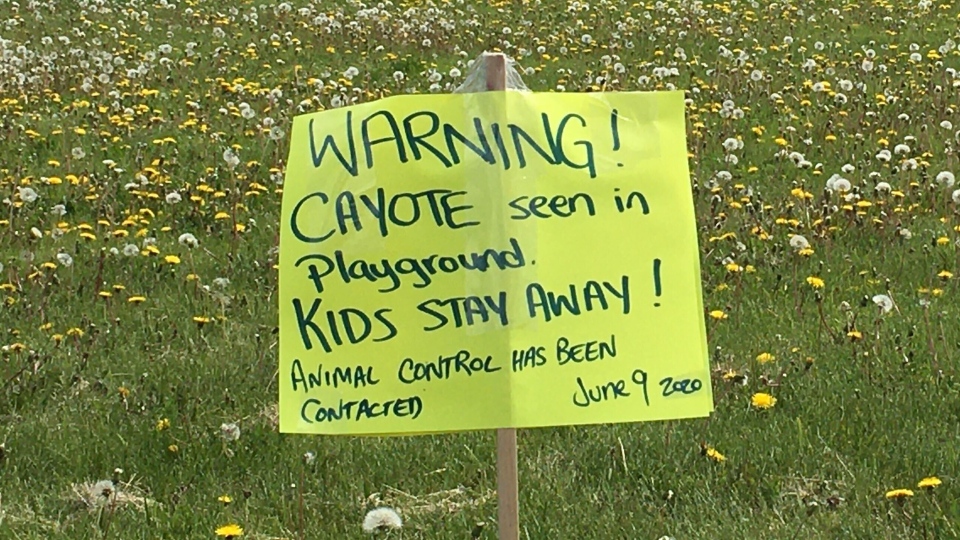 “I think it’s important that we are aware of this stuff and keep an eye on it just to keep everybody safe because you never know what could happen. Hopefully they can be relocated.”

One person who will be sad to see the animals go is Mohamed Trabelsi, who lives in the area. He said he first noticed the animals around June 4.

“I was surprised; it was really something spectacular to see,” said Trabelsi.

Trabelsi said he and his friend have been coming out every morning to see the coyote and her pups from a distance.

“We would just take pictures for like half an hour every day, because in the morning there’s not a lot of people and they don’t get scared,” said Trabelsi. “I hope I get to say goodbye to them, I’ll miss them a lot.”

Animal Control did not tell Jordan when they would be able to come and investigate the situation.