EDMONTON -- A group of neighbours in Garneau is demanding the City of Edmonton to do more to regulate Airbnbs after a party in their quiet neighbourhood turned violent.

The neighbours live near 111 Street and 80 Avenue and close to two small homes side by side listed on the rental site as having hot tubs and being able to accommodate between 12-14 people.

"People who are coming in those numbers to a house are coming for one reason, that is to party," said Sheila O'Kelly, who lives in the area.

Beginning in the summer, neighbours noticed a lot of noise coming from the two Airbnbs.  They say groups were often partying in the backyard and noticed piles of trash in the back lane and several cars parked on their street.

On Oct. 15, police were called to the area after a woman was stabbed and threatened with a gun at one of the properties. She ran to a neighbour to get help. 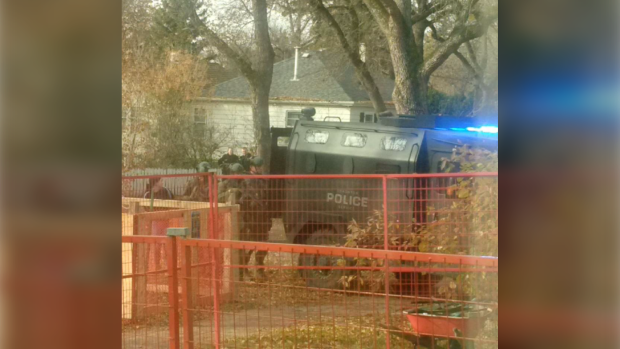 In July, one of the neighbours complained to one of the homeowners via the Airbnb website.

The Airbnb host, whose profile says he lives in Vancouver, responded with an apology and said, "We are in the process of installing cameras and will use a security system to address any future issues."

The group has voiced its concern to city council and Ward 8 Coun. Ben Henderson who said he has been in touch with Airbnb a number of times, but believes the city needs to some ability to step in with "bad players."

"We've had a couple of properties that are being run as party houses," Henderson said. "The trouble is there's a lot of Airbnbs that seem to be working just fine. I think a lot of people use them and they provide a useful service. It's being ruined, though, by these others that clearly are not taking responsibility for their property."

The city said as of May 2019, there were about 2,420 short-term rentals in Edmonton and about 80 per cent of them were Airbnb listings. According to the city, most operators have not applied for the new license—which came into effect Aug. 27, 2019.

"The city is working to inform short-term rental business and operators of the new requirements," said Anthony Toderian, a spokesperson with the city.

Neighbours want more regulation. They believe the city should require Airbnb hosts to live in or near the space they rent, such as in Vancouver, where hosts can only rent their Airbnb if it's their primary residence.

Michael Kouritzin wonders if it would be better to ban Airbnbs from family residential neighbourhoods altogether.

"There's been murders at Airbnb in California. There's been raucous in Ontario. Why invite these transients into our neighbourhoods?” Kouritzin said.

CTV News Edmonton tried to reach the owners of the Airbnbs through both the website and their homes. When we knocked on the door, we were met by guests instead.

A spokesperson with Airbnb said it's currently reviewing the two listings in question and the company recently banned party homes.

"Hosting is a big responsibility and if we find that hosting activity substantially disrupts a community, we may take action against a listing - including suspension or removal," said Lindsey Scully with Airbnb.

"Responsible home sharing is key to the Airbnb community and to ensuring trust and safety for our hosts, our guests and the communities we operate in."