'You test positive and you're done': Alta. track cyclist prepares for Olympics

EDMONTON -- The 2020 Olympics in Tokyo were postponed due to the pandemic. But now they’re a go, and athletes from around the world are preparing to compete in the games they’ve spent years training toward.

Team Canada track cyclist Kelsey Mitchell is one of those athletes and she hails from Sherwood Park. She locked in her spot at the games last year right before everything shut down.

Mitchell is now 27, but was 23 years old when she discovered track cycling and developed a love for the sport. She told CTV News Edmonton Team Canada recruited her after an RBC Training Ground event.

“I joined the sport based solely on a vertical jump, essentially they got me on the bike and I was able to put out some power,” she said.

Fortunately, Mitchell has been able to train all year in Milton, Ontario.

“We’ve been lucky in that way,” she said. But, the team hasn’t been able to compete in any races.

“We’re supposed to be in the U.K. right now,” Mitchell explained. “That one was cancelled and then there’s another one in in Colombia and that would be in June.

“But, just with the restrictions and having to quarantine coming back, we’ve decided that we’ll just focus on the Olympics and train towards that.”

Annie Gagnon, director of marketing and communications at the Canadian Sport Institute Calgary, told CTV News: “The work that goes into preparation for an event like this is quite significant.”

“Our athletes are extremely resilient and very soon after the announcement they made the modifications to their training.”

'I THINK IT’LL BE THE CLEANEST PLACE IN THE WORLD'

According to Mitchell, the athletes will be competing in a location south of Tokyo in the city of Izu.

To ensure everyone’s safety at the games, Mitchell said the plan is to test athletes every other day once they arrive in Japan. Before that they’ll have to provide a negative test 48 hours before flying out of Canada. There will be no two-week quarantine but they will have to maintain their respective bubbles.

“I mean it’s going to be weird. I think it’ll be the cleanest place in the world because I think everyone’s biggest nightmare is you’re about to race and you test positive and you’re done,” she said. 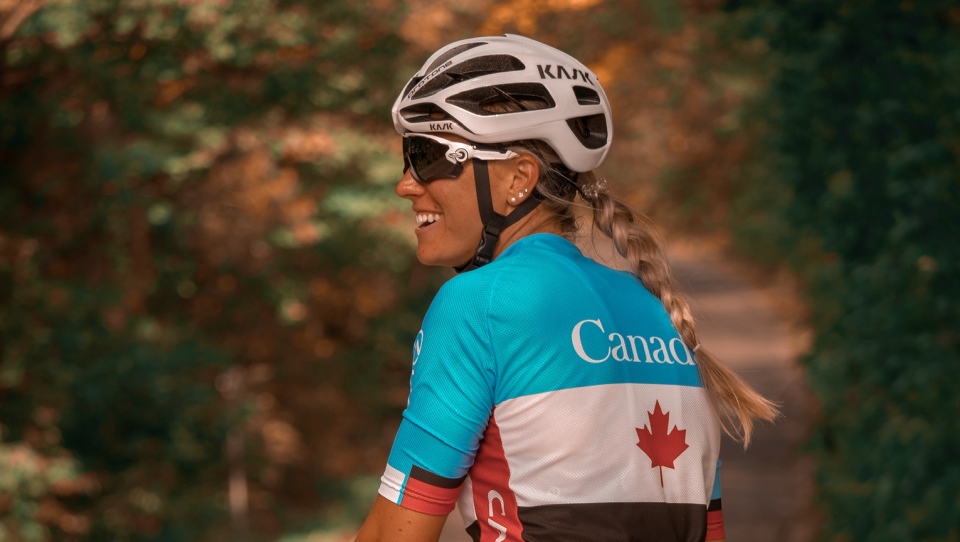 Mitchell explained when the games were postponed in 2020 there was an overwhelming sense of disappointment. But, she’s since realized the extra year to train helped her grow as an athlete.

“Mentally it was a bit of a rollercoaster, but being so new I gained an extra year to get better and figure out the sport so now I’m able to see it as a blessing,” she added.

“Ultimately our athletes want to go there, get the job done, and perform their best,” Gagnon said.

“The goal is for them to get a chance to compete and show what they can do.”

'IT’S MY BEST PERFORMANCE VERSUS ANOTHER PERSON’S BEST'

One of the most challenging feats for Mitchell has been changing her mindset. She said learning how to do an individual sport has been an adjustment after playing soccer all through university and sharing the pressure with a team.

Because international spectators are not allowed at the games, Mitchell said she came back to Alberta earlier this year to say her goodbyes to family and friends.

While the Olympics will be quite different this year, Mitchell said she’s “so thankful it’s happening.”

“I don’t really know what to expect,” she laughed.

“Everyone is saying it’ll be very different from previous. But, I’ve never been so it’ll be the normal for me I guess.”