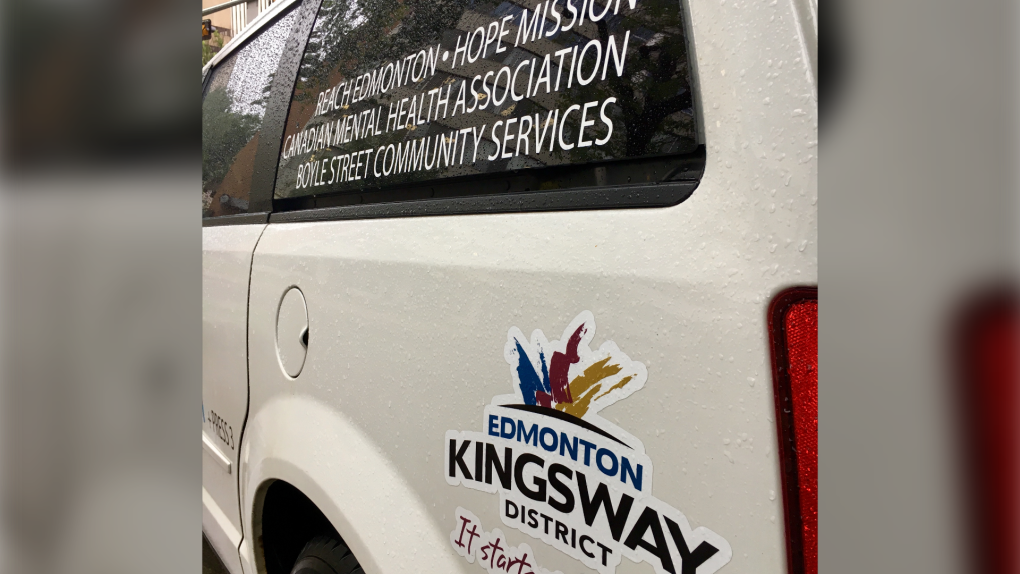 Although it’s used, a freshly donated ride will offer new hope to Edmontonians living on the street.

The 24/7 Crisis Diversion Team was gifted a van on Thursday from the Kingsway District Association.

It will allow teams to respond around the clock to non-emergency events so police and ambulances are freed up for emergencies.

There are now six crisis vans on Edmonton streets, helping to ease the caseload for the team that includes Boyle Street Community Services, Hope Mission, REACH Edmonton and many others.

Jared Tkachuk from Boyle Street Community Services is thankful for the donated vehicle.

“Our service was stretched desperately thin especially overnight. There were times we only had one van on the road.”

He said on some occasions teams were responding to 300 more calls than their target. These calls can see workers help people in overdose situations, mental health problems or by directing residents to an agency for proper care.

The Kingsway District Association is made up of 500 businesses that border downtown Edmonton. Executive Director Ellie Sasseville says it was important for them to be part of the solution and help the vulnerable population.

“Rather than whining and crying about it, the van is an opportunity to put boots on the ground in the neighbourhood where we’re seeing the challenges,” she said.

The association purchased the 2013 Dodge Caravan for $7,000 including a one-year warranty. Keys were officially handed over at a ceremony Thursday morning, although the van has been busy helping citizens on the streets since April. 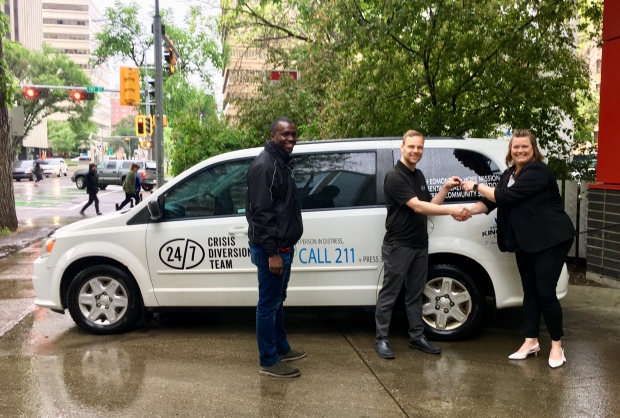