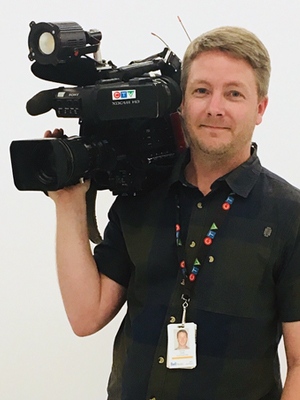 Evan Klippenstein is an Edmonton based photojournalist. He joined CTV Edmonton in 2011 as an E.N.G videographer and has worked in that capacity in the city since 2000.

Born and raised in small town Manitoba, he graduated from Assiniboine College in Brandon MB in 1999 with a media production diploma. He promptly moved west for his first job at RDTV in Red Deer before settling in Edmonton.

Evan is a generalist with a passion for covering breaking news, politics and sports. As well, he enjoys writing about the excellent work local charities do helping Edmontonians in need. He speaks English.

The highlight of his career so far was traveling to the 2015 NHL entry draft in Fort Lauderdale, Florida where the Edmonton Oilers selected Connor McDavid first overall.

In his spare time Evan plays goal on various rec league hockey teams, shortstop on the CTV Sweatsox slowpitch team and spending quality time with his wife and two daughters.