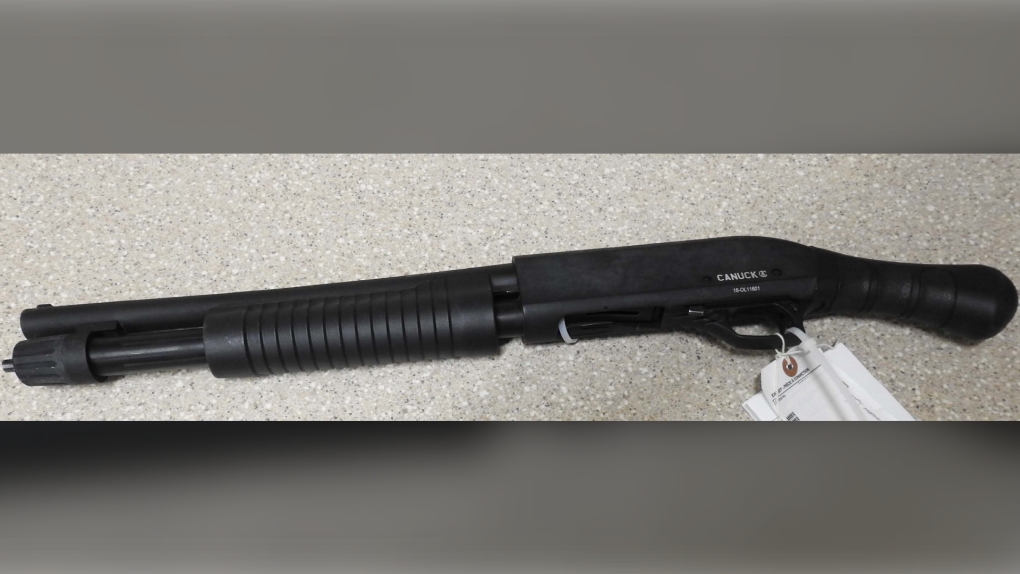 Alberta RCMP announced Friday that four people are facing at least 27 charges related to a pair of carjackings, stolen drugs and a pickup that was driven into a pharmacy and then torched.

Police believe the crime spree started around 3:27 a.m. on Thursday when a stolen pickup was driven into a pharmacy in Mundare, Alta.

"A large quantity of drugs" was stolen, and the pickup was later found in a rural area where it was set on fire, RCMP said.

Later that morning around 5:46 a.m., a different pickup and a car were stolen at gunpoint near Highway 29 outside of Mudare. Police found the carjacked pickup and another truck at the scene and arrested one suspect.

At 8:45 a.m., police found the stolen car abandoned on a rural road in the area. They determined a good Samaritan drove the suspects to Waskatenau, Alta.

RCMP officers from several detachments went to a motel in Waskatenau, and arrested the remaining three people. Police said they also seized a shotgun and ammunition at that scene.

Hunter, Sunday, and Bruno were also charged with two counts each of robbery with a firearm and several other firearms-related offences.

Baptiste was also charged with three counts of failing to comply with a release order.

Sunday was also charged with two counts of failing to comply with a release order.

All four were scheduled to appear in Vegreville Provincial Court on Jan. 10, 2022.