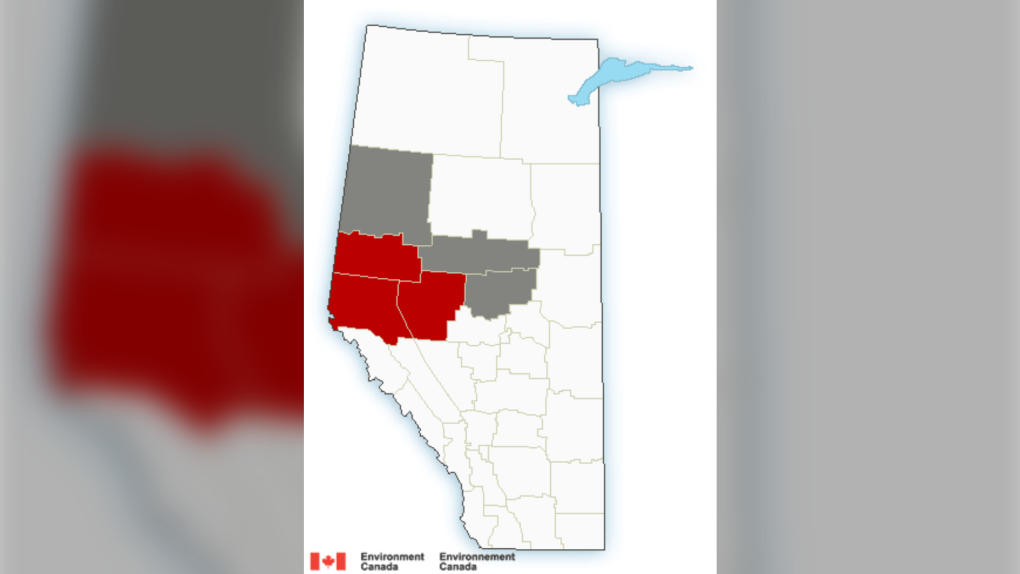 EDMONTON -- Heavy rain over the next few days could amount to up to 90 millimetres in some areas of northwestern Alberta.

Environment Canada is predicting 50 to 70 millimetres in the Whitecourt, Grande Prairie and Hinton regions west of Edmonton, with rainfall warnings issued for those areas.

"By the time rain tapers off to showers Thursday evening total amounts are expected to be 50 to 70 mm. However, locally amounts could be near 90 mm," the warning reads.

"Heavy downpours can cause flash floods and water pooling on roads. Localized flooding in low-lying areas is possible."

With most of that rainfall expected to start later Tuesday and carry through into Thursday, forecasters say it’s too early to tell where the heaviest rain would fall in these areas, and that weather warnings could be expanded as the system develops.

“The bulk of our rain will fall today and the heavier, steadier rain is expected to move west and northwest of the city tonight or early Wednesday. There’s still a chance of some showers or afternoon thunderstorms in the Edmonton region Wednesday afternoon. But, the steady rain now looks like it’ll fall on areas to the west and northwest."

The department is also keeping an eye on the Westlock, Slave Lake and Peace River regions, over which a low-pressure system developing in the southern part of the province is expected to intensify by Wednesday evening.

"Showers will transition into rain at times heavy this evening. Total rainfall amounts are expected to approach 50 mm. The heaviest rain will push westwards into B.C. on Thursday morning," Environment Canada said.

CTV Edmonton Chief Meteorologist Josh Classen said there was a 60 per cent chance Edmonton would see rain on Canada Day, too.