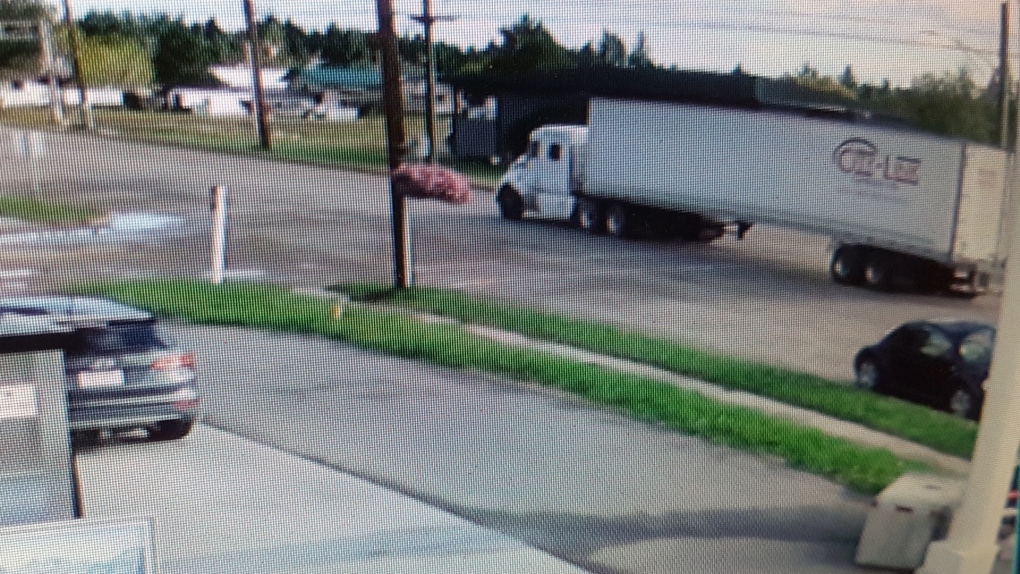 Security photo of the truck believed to be involved in the theft. (Source: RCMP)

EDMONTON -- Police are investigating after seven hot tubs were stolen from a manufacturing site in Thorsby.

It happened around 9 a.m. on Wednesday. A transport truck with a fake name came and loaded up the hot tubs without permission. The truck was identified by the driver as 10036218 Canada Inc. Transport Pascal Charland out of Chateauguay, QC.

The truck is described as a white Volvo semi-truck with no company markings. It has a bunk or sleeper and was hauling a newer looking trailer.

The driver is described as white, between 30 and 40-years-old, about 5’6” with a heavy build. He had short brown hair and was unshaven.