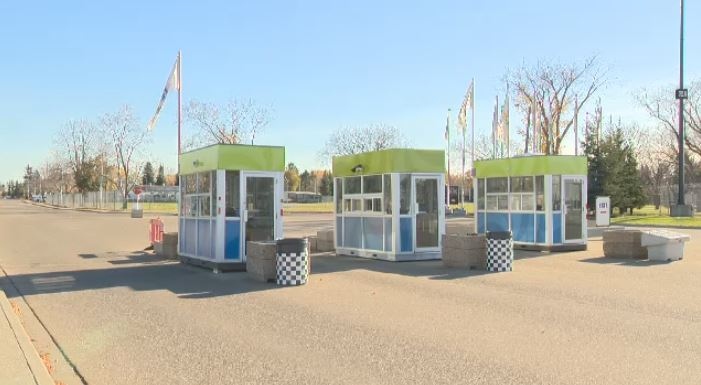 A group of ex-Northlands has filed a $9.7 million lawsuit against their former employer.

The lawyer for a group of former Northlands cashiers who say they were defamed and wrongfully dismissed gave her opening arguments in Alberta Court of Queen’s Bench in Edmonton on Tuesday.

The 19 parking cashiers filed a $9.7-million statement of claim alleging they were wrongfully terminated from their jobs in 2015 after being blamed for more than $1-million in missing revenue.

Their lawyer, Glenda Lee Pidde, gave her opening statement Tuesday morning, saying “this case is the worst abuse of power I have ever witnessed.”

“I simply do not understand how an employer treats them like they were treated.”

The workers are seeking aggravated and punitive damages. Their claims have yet to be proven in court.

The hearing will resume Wednesday with testimony from the former Northlands cashiers.

The lawyer for Northlands will give his opening statement later on in the scheduled 14-day hearing.

In October of 2015, Northlands fired all 38 parking cashiers following an internal investigation that found some employees were not following the proper transaction process.

The company said an audit found money was being skimmed from between 12 and 19 per cent of all transactions.

“The loss was of such significance that we needed to react quickly. And, we did,” former Northlands President and CEO Tim Reid told CTV News in an interview on Oct. 9, 2015.

Reid, who is named in the lawsuit alongside Northlands, resigned in January of 2018 after more than three years on the job. He is expected to be cross-examined during the hearing.

Proceedings began Monday but were limited to addressing administrative matters.

In 2019, the group of 19 won a ruling at the Alberta Court of Appeal allowing them to sue for both wrongful dismissal and defamation after Northlands attempted to remove the latter allegation.

Northlands shut down and ceased operations in the summer of 2021 with Explore Edmonton taking over K-Days and Farmfair International.

The non-profit organization originated in 1879 as a livestock and farm exhibition. It would later host thoroughbred horse racing as well as professional hockey at the Coliseum, with the Edmonton Oilers of the World Hockey Association and National Hockey League calling the rink home between 1974 and 2016.

The Coliseum remains standing but has been stripped of its seats after being closed on Jan. 1, 2018. The horse racing track at Northlands Park also shut down later in the same year.