The Alberta government has placed a price on the heads, and more specifically the ears, of wild boar which have now been reported in 28 rural municipalities.

“Wild boar at large are a threat to our animals and environment, as well as a vector for diseases like African swine fever," said Agriculture Minister Nate Horner in a Tuesday announcement.

"We are taking action to get rid of this menace and help those affected by it before it gets worse.”

The bounty is in effect in the County of Stettler and the Municipal District of Peace.

Hunters who kill the animals in those areas can claim $75 per set of ears turned in to the government.

Trappers who are government approved can make $75 per set of ears, with the expectation they will eliminate whole sounders, or herds.

Landowners who work with trappers can also receive $75 per set of ears.

"They were imported into the province in the 70s and 80s as a means of diversifying livestock operations," said Bruce Hamblin with Alberta Agriculture, Forestry, Rural Economic Development.

There were few regulations at the time and it was thought that the animals could not survive in the Alberta wild, Hamblin explained.

It turned out that the species not only survived, it now appears to be thriving. The government has since classified the animals as "pests."

"Wild boar did manage to escape, and we have no real number of wild boar that are at large in the province," Hamblin said.

'IT'S ACTUALLY A DELICIOUS MEAT'

Brandon Berry has been hunting wild boar for 15 years. His family owns a ranch in south Texas, where feral hogs damage fences and land.

"We hunt them a lot like deer. We put out a few bags of corn. They'll come to corn from about eight miles away. And you sit in a truck or a blind and try to get as many as you can," Berry told CTV News Edmonton. 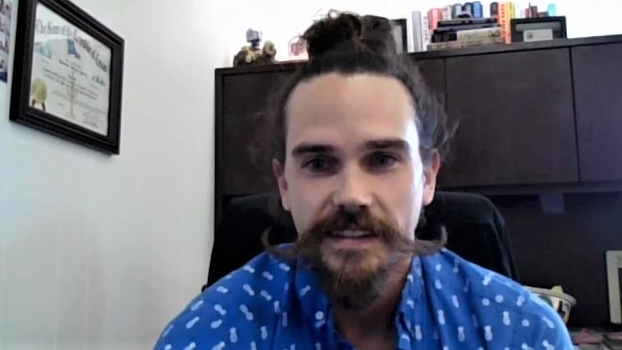 Brandon Berry, a rancher who hunts feral hogs in Texas, in an interview with CTV News Edmonton on April 5, 2022.

Farmers and ranchers in Texas have reported problems with the animals as far back as the 1980s, and a recent count estimated there are 2.5 million feral hogs in the state.

The invasive animals are becoming harder to kill, Berry said, as they get to know the sounds of vehicles and humans.

"They're actually really smart. The first time you hunt a certain group of them, they're not gonna know what's happening. But eventually they're gonna figure out the sound of the truck, the sound of you slamming a door," Berry explained, adding they're easier to trap.

"I eat most of the ones that I kill. It's really tasty."

The government has an information page on how to recognize signs of boar activity. 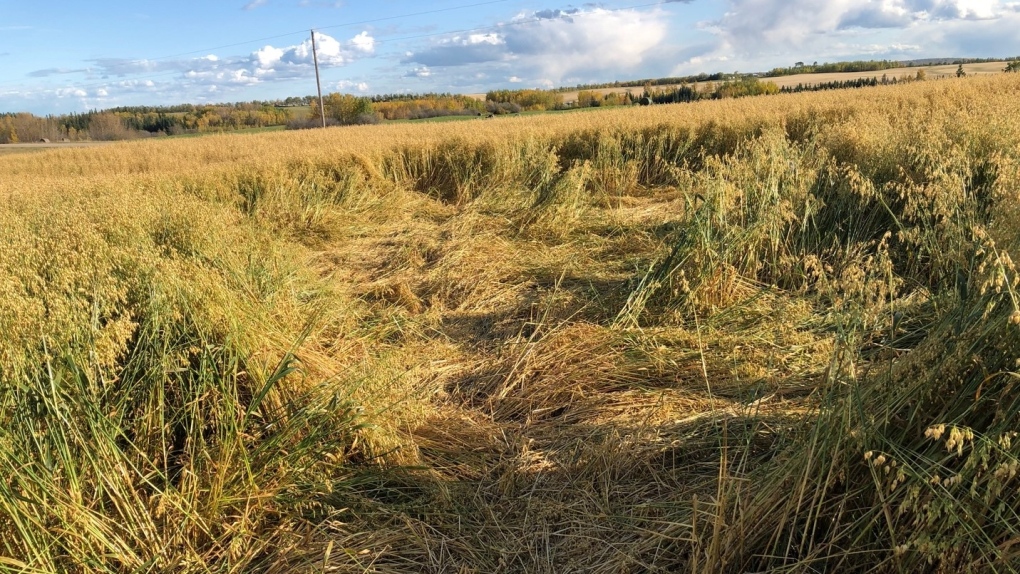 A photo of crop damage caused by wild boar. (Source: Government of Alberta)

People who have boar damage to their property or trapping areas may also be eligible for government money.

The trapping program is already underway and runs until March 31, 2024.

Both will be reevaluated and possibly extended if they're successful.