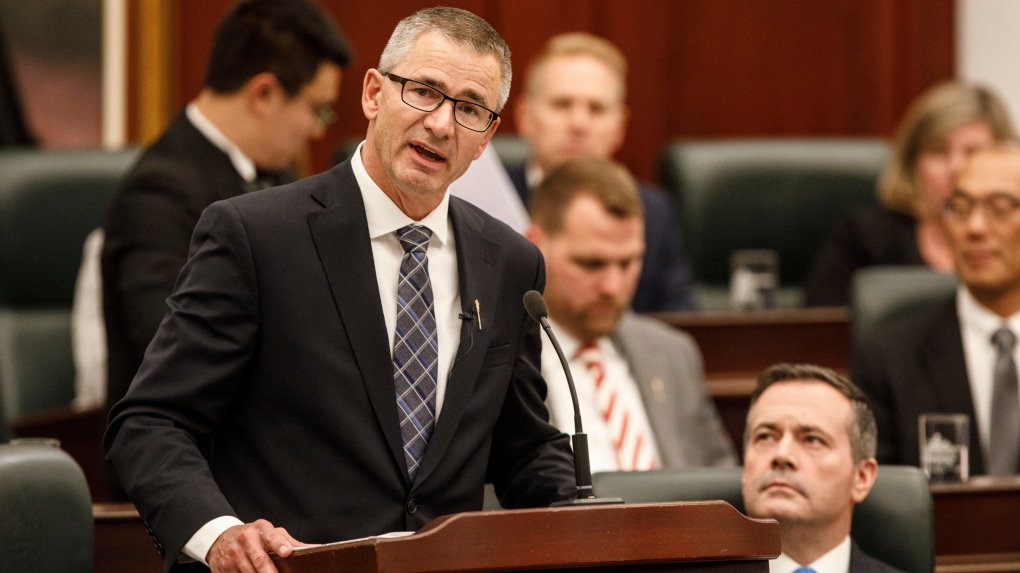 EDMONTON -- Alberta Finance Minister Travis Toews will table the United Conservative Party’s second budget on Thursday, as the province continues to face job shortages and questions over its economic future.

Jobs and reduced spending are likely going to be the focus again when the new provincial budget will be tabled on Thursday, Feb. 27.

Ahead of Budget Day 2020, here's some background on key indicators for Albertans to watch for.

Last estimated at 7.3 per cent, Alberta’s unemployment rate has remained stubbornly high and has consistently exceeded the national rate.

Four months is a small window to create jobs, but provincial unemployment has risen 0.7 per cent from when the UCP took office in the spring and is up 0.5 per cent from the party’s first budget.

Along with job creation, financial management is the among the UCP’s central budget values.

Toews also addressed what he called “the fastest growing debt of any province or state in North America” after it rose to $62.7 billion for 2018-19.

"This budget reflects our commitment to living within our means, ending a nine-year run of government overspending and balancing the budget by 2023," he said.

The last budget outlined a yearly one per cent reduction in Alberta’s corporate tax rate from 12 per cent down to eight per cent.

The reduction was a key part of the government’s job creation plan and came at a time when most provinces were gradually raising their corporate tax rates.

At 11 per cent, Alberta’s corporate rate is already the lowest in Canada.

Budget 2019’s revenue calculations assumed a price of $57, rising to $63 in the following years.

In a reminder of its volatility, the price of West Texas Intermediate opened at just under $51 this week after reaching a high of $66 in June.

A low ratio is considered a positive, and highlights a government’s ability to pay off debt

Here Alberta fares better, with the lowest debt-to-GDP ratio of any province, a positive sign amid some economic apprehension.