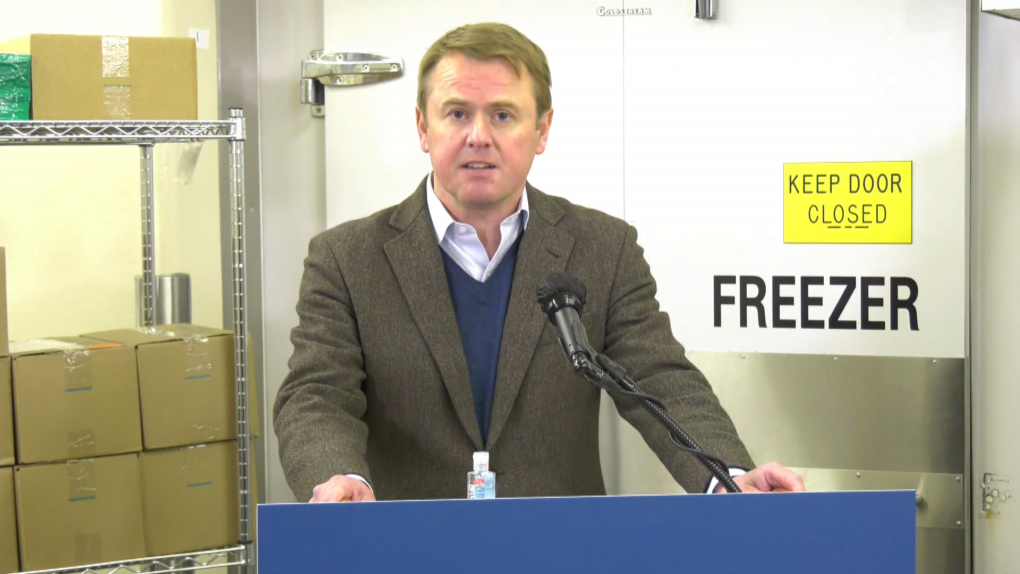 Health Minister Tyler Shandro announced plans to immunize upwards of 29,000 health-care workers in Alberta by the end of 2020

In an open letter addressed to health minister Tyler Shandro, the physicians call for “urgent prioritization” for those who work directly with people hospitalized by the disease, but outside the intensive care unit.

Alberta is currently in Phase 1A of its vaccine distribution, which prioritizes hospital staff who work in ICU and emergency departments, as well as respiratory therapists.

Health-care workers in COVID-19 wards are included in Phase 1B of the rollout, which is scheduled to begin next month.

“Although we have received significant moral support from our other medical colleagues, we need more that than that,” states the letter. “We need support in the way of prioritized vaccine to ensure the safety of the individuals that work on these units, to prevent the spread of this virulent disease throughout the hospitals and community.”

Asked for a response to the letter, Shandro’s office commented Wednesday afternoon and blamed the federal government for not having enough supply to vaccinate everyone.

“The reality is that the Government of Canada has not procured enough vaccine early enough to immunize everyone making demands,” said press secretary Steve Buick in an email to CTV News Edmonton.

“Yes, there are many groups hoping to get vaccinated. Even if we could vaccinate 10,000 per day, we would not have the supply from Ottawa to do it,” Buick said.

The letter also openly questions the vaccine prioritization process as a whole, highlighting what it calls a “lack of transparency” and questioning why the framework for establishing the distribution list is not available to the public.

“We do not know who even has the final say with respect to developing such a list,” states the letter.

“The decisions are based on ethical and clinical data, such as workforce considerations, vulnerability and risk of severe illness or death as a result of COVID-19, and access to health care,” said Tom McMillan, assistant director of communications at Alberta Health, in a statement to CTV News Edmonton.

Asked who has final say on such decisions, CTV News Edmonton received this response from McMillan:

The former statement aligns with what Premier Jason Kenney stated during a Jan. 1 press conference when asked about vaccine prioritization.

“The bottom line is, we’re following scientific advice. The decision of who, in the health care system, is vaccinated and when is not, of course, a political decision. It is a decision of the scientific experts,” Kenney said.

You can read the full letter online.

As of Jan. 5, more than 86 per cent of patients (919) in Alberta hospitals due to COVID-19 were outside the ICU, and thus cared for by staff who, according to the priority list, will not receive a vaccination until February.

Shandro said Tuesday that Alberta would have vaccinated more than 29,000 Albertans by the end of the day and has administered the second-most doses per capita of any province or territory in Canada. Buick said, as of Wednesday afternoon, Alberta had received almost 60,000 total doses from the federal government.