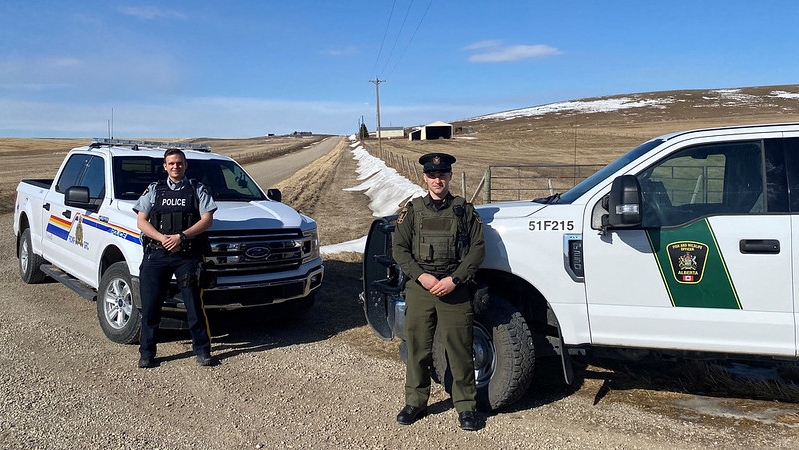 Effective Thursday, the government says the RAPID program will help authorities arrive at emergencies more promptly because fish and wildlife officers will be able to respond to requests from the RCMP to be first at the scene of an emergency in cases where they are closer.

Fish and wildlife officers will also be able to respond to RCMP requests for backup, which the province said could range from helping RCMP locate suspects or preserve crime scenes.

Kaycee Madu, Minister of Justice, said in a statement that the RAPID Response will save “precious minutes” in emergency situations.

“Rural Albertans told us loud and clear that it can take too long for help to arrive in their communities. With RAPID Response, highly trained and professional peace officers will work across rural Alberta to answer the call when police need help.”

The province said in a news release Thursday that the RAPID initiative will put 140 more peace officers “on guard” for rural Albertans “when they need help from law enforcement.”

The RAPID Response initiative only applies to rural areas of Alberta policed by the RCMP.

The province said it is holding a series of meetings with First Nations and Métis leaders to determine if they are interested and supportive of the program operating in their communities.

The Government of Alberta says preparations are “underway” for members of the Sheriff Highway Patrol to perform RAPID Response functions later this year.