EDMONTON -- The Government of Alberta is working to convert a 68-hectare parcel of Crown land along the North Saskatchewan River, in southwest Edmonton, into a provincial park.

According to a news release from Alberta's parks ministry, the province will invest $300,000 in grants to the City of Edmonton and Enoch Cree Nation for an ecological assessment and traditional land use study - to begin planning for Big Island Provincial Park.

"The studies will inform sustainable recreation opportunities for the future park while ensuring Indigenous rights are respected and sensitive habitat and wildlife are protected," the release read.

The land that's earmarked for the provincial park is considered traditional territory of Enoch Cree Nation.

“Nipiy Pimatsowin means ‘water is life.’ The Big Island project represents protection and stewardship of the water and life that land gives all peoples in the capital region," Enoch Cree Nation Chief Billy Morin said in a written statement in the government release.

"This grant and partnership continues to drive reconcili-Action and help build bridges between other orders of government in the Treaty 6 Territory,” added Morin. 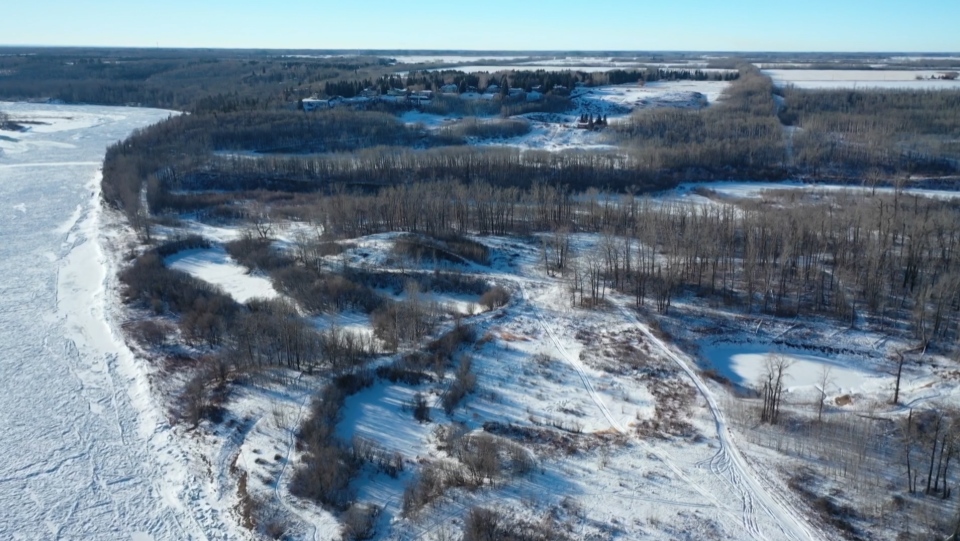 The United Conservative Party committed up to $10 million to help establish the park during its successful 2019 election campaign.

“Alberta’s government is committed to helping protect this beautiful section of the North Saskatchewan River Valley and enhancing recreation options in some of Edmonton’s most beautiful natural areas," Jason Nixon, Minister of Environment and Parks, said in a written statement.

"We are pleased to partner with Enoch Cree Nation and the city to create an extraordinary park where Albertans can experience the joys of exploring the river valley for generations to come.”

Initial assessments on the wildlife-rich land will start this year. Public and Indigenous consultations will take place in 2022.

The Big Island Provincial Park establishment is targeted for 2023.