The harrowing story of getting an Alberta biologist who had been attacked by a cougar to hospital, as well as similar missions by STARS Air Ambulance teams, are the meat of a new podcast produced by the organization.

On Aug. 5, 2015, biologist Marcia Birkigt was attacked by a cougar on Nose Mountain in northern Alberta. During its first bite, the cougar's top teeth sunk into her hairline, its jaw so stretched that its bottom teeth clamped into her lower jaw. With subsequent bites to Birkigt's head and neck, the cougar would pick her up and toss her, before starting to drag her into the forest.

Season 1 of Mission Ready, which recaps what Birkigt remembers of the attack and the Grande Prairie STARS team's race to the remote site while Birkigt's colleagues kept the wild animal at bay, rivals the most popular of true crime series in its blood and gore content and the best of dramas with its suspenseful and heart-wrenching retellings of real rescues.

"It was really a nightmare situation for all of us," Birkigt recalled in an interview with CTV News about the launch of Mission Ready.

Upon coming across the cougar, she had begun calling to her colleagues who were cleaning up camp about 40 metres away. They were able to find her – still beneath the cat – relatively quickly and fight the animal off. But it didn't leave, instead circling the group for an hour and a half as they tried to contact help and waited for STARS to arrive.

"The sound of the helicopter coming is really the best sound you could ever hear when you're in a situation like that," Birkigt, who remained conscious throughout the ordeal, commented. 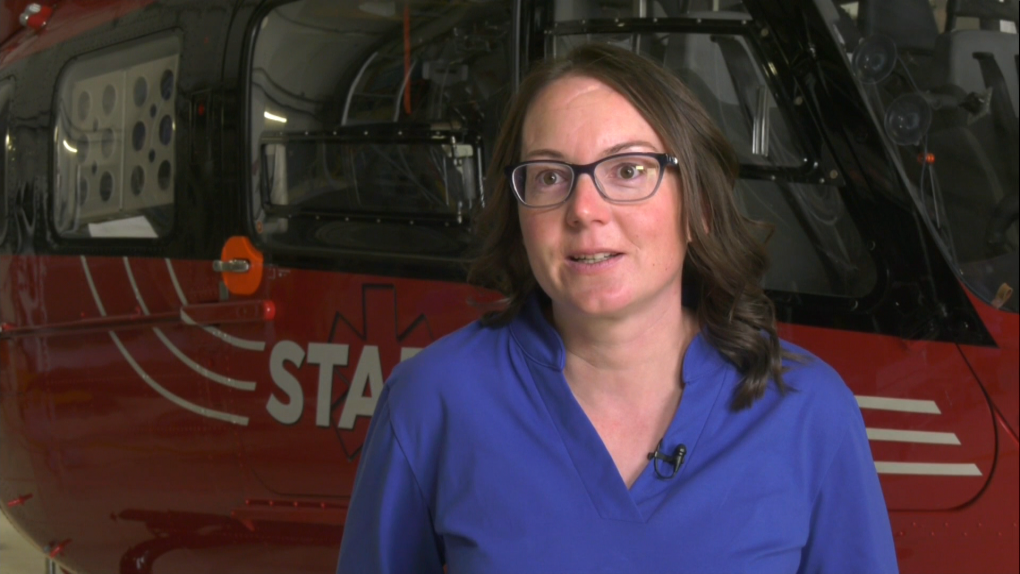 Marcia Birkigt was attacked by a cougar in August 2015 and survived thanks to help from colleagues and STARS Air Ambulance.

Conveying and sharing that gratitude is the goal of the podcast, STARS marketing manager Deborah Tetley said.

"It's the public who makes this happen, who sustain this organization. So we wanted to be able to share with them the good work that they're doing," she told CTV News.

"We're just finding that these stories are very rich and deep and complex and we want to be able to tell people who support us and who make our mission possible about all the different layers that are involved in caring for a patient."

The podcast's first season spends about three hours over six episodes telling Birkigt's story: from the attack to her recovery, the complexities of the STARS Grande Prairie team getting to their patient, and the shock of finding out the victim was a friend and wife of a coworker.

"We knew it was going to be bad. It was just a matter of how bad," flight nurse Marla Tabler – who met Birkigt while working with the biologist's husband at the STARS Grande Prairie base – recalled.

Although Tabler wasn't on the flight that brought Birkigt off Nose Mountain, she played such a critical role in her friend's treatment and recovery that Birkigt would name her first child Marla, podcast listeners will hear.

"It still kind of blows my mind," Tabler admitted. 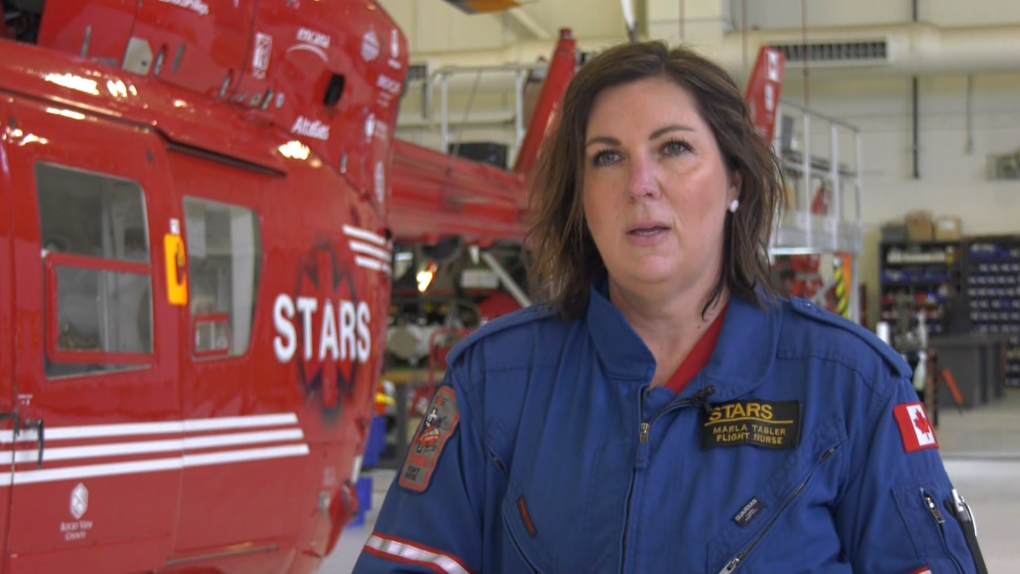 STARS flight nurse Marla Tabler, a friend of Marcia Birkigt and a former colleague of her husband's, played such an important role in Birkigt's treatment and recovery after a cougar attack the coupled named their first child Marla.

She had, after all, done that night what she was trained to do.

"If I can make a difference… if that means just holding your hand during a flight or if it means using my medical knowledge to make your outcome a little bit better or to make you a little more pain free during that transport, that's what I do this for."

Mission Ready is available on STARS.ca and all major streaming platforms.

After 'Freedom Convoy,' Canadian flag has taken on new meaning for some this year

The 'Freedom Convoy' demonstrations that gridlocked the streets of Ottawa in February may seem a long way off in the July sun, but the memory of protesters draped in flags, waving them while singing the national anthem and hanging them from the trucks whose horns blared day and night is still fresh for locals.