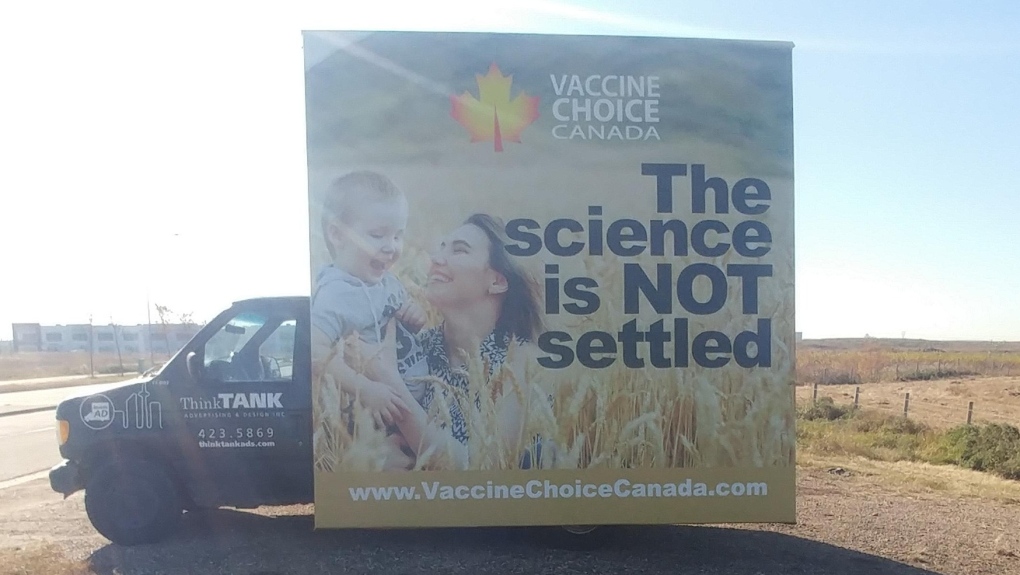 This billboard was displayed in northwest Edmonton and was the subject of at least four complaints to Canada's Ad Standards council. (Reddit u/meggali)

EDMONTON -- An anti-vaccine billboard posted in Edmonton violated advertising rules on clarity and accuracy and “played upon the fear of parents,” according to Canada’s Ad Standards council.

The ad depicted a young woman holding a child in her arms along with text reading “The science is NOT settled.”

An investigation began after the billboard was the subject of at least four complaints.

The council ruled the ad broke three clauses of the Canadian Code of Advertising Standards and was unanimous in finding the ad violated the code’s rules against misleading consumers through fear.

"Several members of Council felt that the ad played upon the fear of parents in making the wrong choice for their child in the context of ‘unsettled’ science," the ruling reads.

"By not qualifying what was intended by the statement in question, and what specifically is not settled, the advertisement omitted relevant information, was misleading and was not supported by competent and reliable evidence."

An unknown minority of those on council argued the ad could be seen as an opinion piece that would therefore be exempt from advertising standards.

“However, this was not the prevailing view of Council,” the ruling notes.

Vaccine Choice Canada did not respond to a request for comment and queries about how the ads were funded.

The billboard appeared on a van or truck belonging to ThinkTank, an Edmonton advertising and design company. When reached by phone, the company declined to comment.

During the council’s review process, VCC argued that “by definition, the science is never settled.”

“Hence, the science of vaccines is never settled.”

The group launched a similar ad campaign in February 2019 with more than 50 digital billboards posted across Toronto. Ontario Health Minister Christine Elliott called the ads "very disturbing" and they were removed about a week after being first posted.

The World Health Organization blamed anti-vaccine views for a 15 per cent rise in measles deaths in 2018 while also noting global vaccination rates have stagnated for almost a decade. 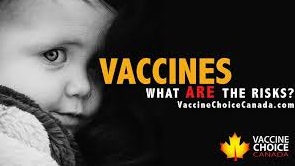 An image is shown from a similar Vaccine Choice Canada campaign used in a Toronto digital bilboard campaign that was later removed.

'DIDN'T EXPECT TO GET A RESPONSE'

An Edmonton man, asking only to be identified only as D.S., was among the complainants after seeing social media images of the billboard posted by a friend.

"We talked about if there was anything we could do about it so I complained to the ad standards council," he told CTV News.

"I didn't expect to get a response."

D.S. says he's pleased with the ruling and encourages others to speak out when they see something they feel is wrong.

But, he's also frustrated at the council's limited enforcement ability, particularly it being unable to levy fines.

"They can't really do anything."​

The Ads Standard council bases its rulings on the Canadian Code of Advertising Standards and is made up of between five and seven people with membership split between the industry and the public.