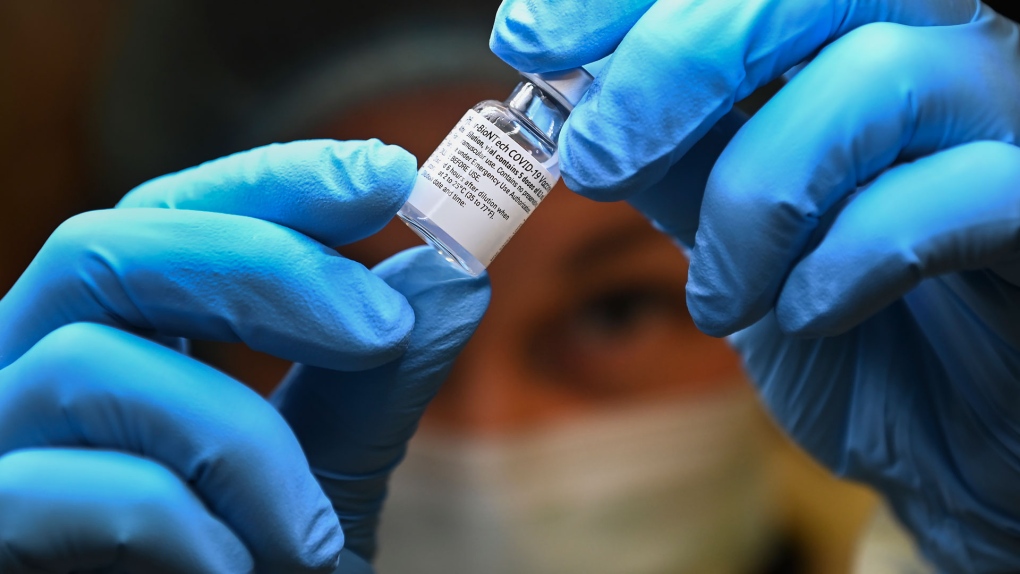 EDMONTON -- The situation is the same for provinces across the country: All have been told by the federal government to expect less vaccine doses for at least the next few weeks due to production issues overseas.

On Thursday, Canada announced that vaccine shipments from Pfizer would be impacted through mid-February and that allocations to the provinces would remain lower for at least the next two weeks.

How each province has responded to yet more news of vaccine supply issues has ranged from finger-pointing at the manufacturer to accusations Ottawa is withholding information from the public.

Less than one hour after the announcement, Alberta’s minister of health blasted the federal government for “failing Canadians."

“This is a grim situation that seems to be getting worse every week,” said Tyler Shandro, in a statement.

Shandro said Alberta has been told it would not be receiving any vaccine doses in the final week of January and will receive 63,000 fewer doses than it had anticipated receiving in the first quarter of 2021.

Premier Jason Kenney, who retweeted Shandro’s statement, has also been critical of the federal government’s vaccine rollout in recent weeks.

“I know the federal government is trying and they're doing everything we can. We need to explore every avenue possible."

Ford expressed hope that Health Canada would speed up approvals of vaccines from more manufacturers, such as Johnson & Johnson and AstraZeneca. So far, only Pfizer and Moderna vaccines are approved for use in Canada.

Saskatchewan Premier Scott Moe was quick to react to the news of vaccine allocation issues, posting a thread on Twitter.

A government news release said Saskatchewan was expecting a shipment of 5,850 Pfizer vaccine doses the week of Feb. 1 and that 118 total doses were administered across the province on Wednesday.

British Columbia Premier John Horgan last commented on vaccine distribution on Tuesday, when he categorized the supply shortages at that time as a “bit of a bump along the way” but remained optimistic his province would receive its promised first-quarter allotment.

B.C. received less than 27,000 doses last week and hasn’t received any new doses since its last report, according to the provincial dashboard:

Manitoba announced Wednesday that it did not expect a vaccine delivery this week and acknowledged supply disruptions could cause immunization appointments to be rescheduled.

As recently as Tuesday, Premier Brian Pallister appeared to associate the delays with the manufacturer, rather than the federal government.

“Our vaccine supply is not only limited but has been more severely limited in recent days as a consequence of decisions made by the manufacturers,” Pallister said.

Maj.-Gen. Dany Fortin, who is leading Canada's rollout, said Pfizer indicated it would still meet its target of four million delivered doses by the end of March, but there are also discrepancies about how many doses will be extracted from each vial.

Fortin said Pfizer is using more doses per vial than his team — six instead of five — and acknowledged that disparity is causing planning figures to appear misleading.

“I think we have a shared conservative numbers that allow provinces to plan accordingly, and will continue to share as much clarity as possible,” said Fortin, who said Pfizer indicated its global shipments would be down 50 per cent over the next four weeks.