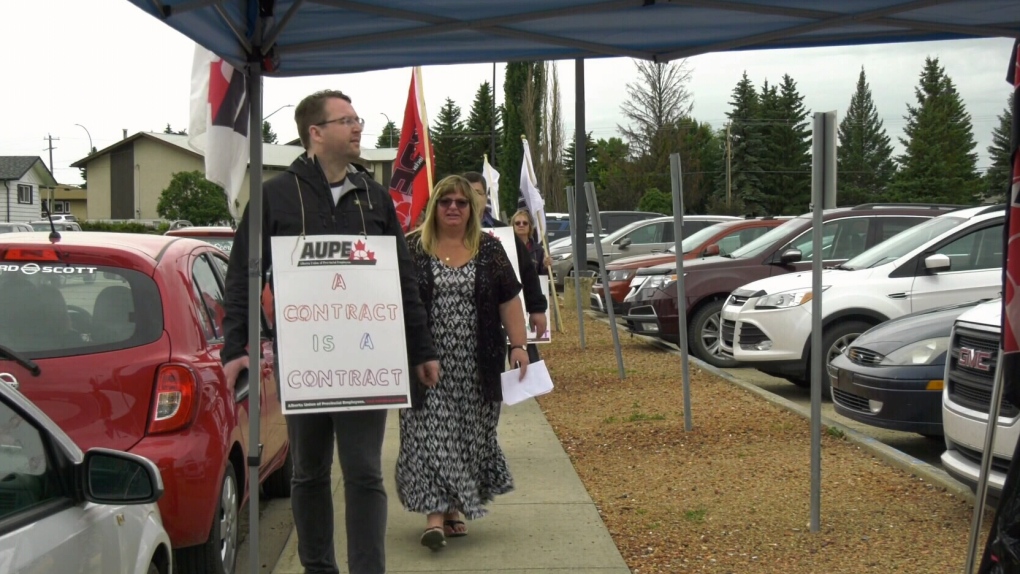 Members of the Alberta Union of Provincial Employees (AUPE) protested Bill 9 in Central Alberta on Wednesday.

A legal information picket was set up outside the Lacombe Hospital and Care Centre.

“This has interfered with our collective bargaining rights, we have a constitutional right to bargain collective agreements. There was a collective agreement bargained in good faith and this bill has now taken that right away,” said AUPE Vice President Karen Weiers. “This affects probably 70, 000 of our AUPE members alone, probably well over 150, 000 across the province in many other organizations as well and again they are angry.”

The province says they are waiting on a panel to advise them on the state of Alberta’s finances.

“We will probably continue to see the legal information pickets happening, so they can continue to show they are frustrated and angry with what Bill 9 has done and what this government has done,” said Weiers.

Bill 9 has not received royal assent.