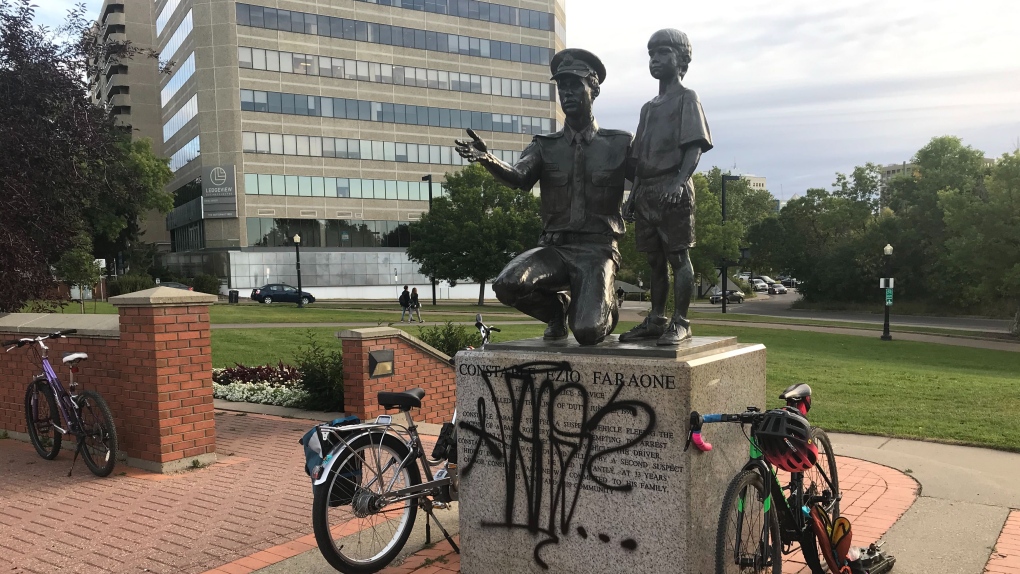 EDMONTON -- Police have charged a 26-year-old man in connection with graffiti on the Ezio Faraone statue in September.

The statue, which commemorates a fallen Edmonton police officer, was vandalized on Sept. 3.

A warrant was issued for the man, who already had 22 outstanding warrants for other similar offences, on Sept. 19.

The man was arrested on Oct. 26 at a liquor store while he was allegedly attempting to commit a theft.

He has been charged with mischief, breach of release order and breach of undertaking.

The man's name has not been released.