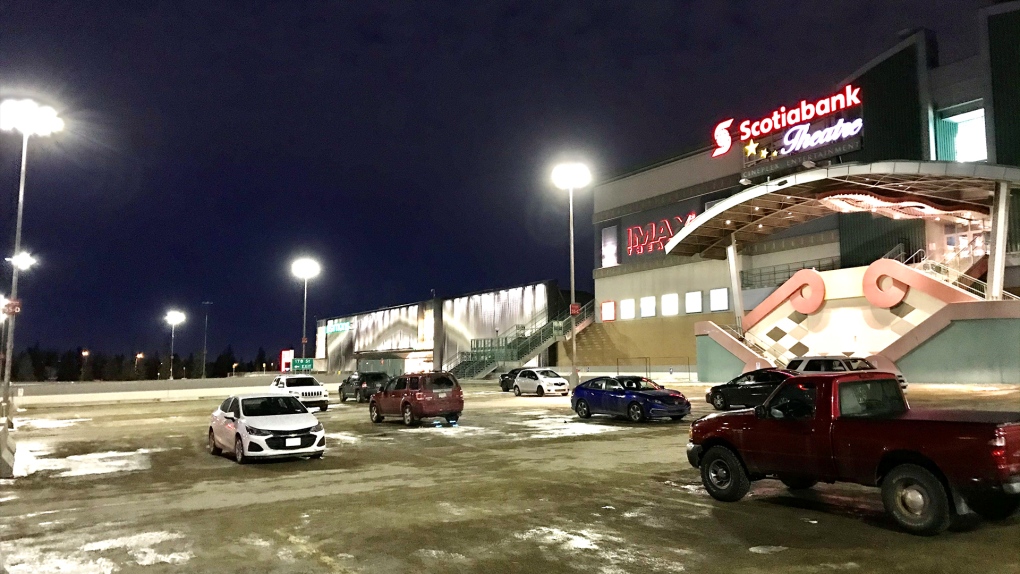 EDMONTON -- Cineplex customers watched their final flick of the month Monday night, adding to the long list of entertainment options closed or closing in the city due to coronavirus.

The theatre giant, which operates seven complexes in Edmonton and one in Red Deer, announced Monday that it was shutting down until at least April 2.

"The health and safety of our employees and guests is paramount and while measures like enhanced cleaning protocols and social-distancing policies were put in place, the time has come for us to do more," a statement from Cineplex read.

It appeared most people were staying away from theatres anyway, after health officials advised it was best if people stayed home to prevent the spread of coronavirus.

The parking lot at Cineplex’s West Edmonton Mall theatre was largely empty Monday night, as it’s final movies of the month were played.

Late-night showings of movies Bloodshot, Onward and The Hunt, all showed 0 seats occupied on the Cineplex app.

"All bookings will be cancelled for a full refund, including private theatre bookings, individual and group reservations at The Rec Room and Playdium, as well as our guests with advanced tickets to see a movie in one of our theatres," the Cineplex statement said.

Landmark Cinemas, which operates the theatre at City Centre Mall, also announced they were shutting down all of its locations effective Tuesday.

"We ask that you take care of yourselves, your families, and each other during these uncertain times. We look forward to welcoming you back soon," a Landmark statement read, adding refunds would be provided.