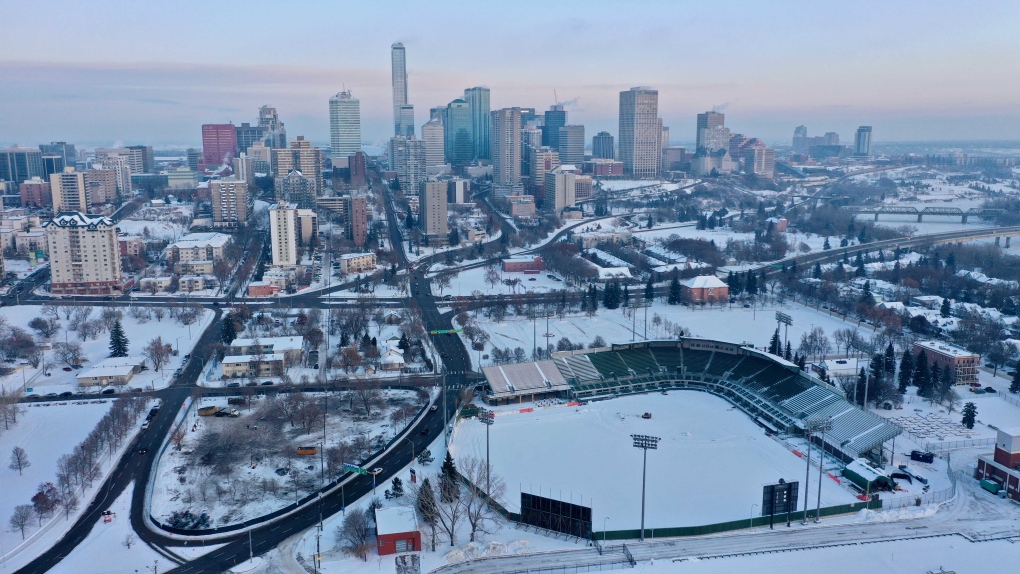 EDMONTON -- Explore Edmonton’s funding ask of the city is doubling as it settles into a new foundation and weathers the pandemic hitting the tourism and travel sectors hard.

The department responsible for bringing tourists to Alberta’s capital city and operating the EXPO and Edmonton Convention Centres is considering taking on K-Days and Farmfair International.

In a pitch at city hall Monday morning, its leadership told councillors Explore Edmonton would need annual funding of $11.7 million when tourism returns to 2019 levels – which isn’t expected to happen until 2024.

“Places like Calgary, Winnipeg and Saskatoon are all investing heavily in sales and marketing to lock in events and conference business, and when the time is right, entice Canadians to travel to their cities,” Davison told council.

“Edmonton cannot afford to take its foot off the gas right now. Our sales and marketing team’s work on a three-to-five-year booking window. Working today to lock in that future business for those years is imperative.”

But this year, the department has seen revenues decline almost 70 per cent.

At the beginning of the pandemic, Davison says Explore Edmonton cut expenses in half and offset other losses by depleting a $13-million cash reserve meant for venue maintenance and small capital projects.

“That kept us alive in 2020, but it means we’re entering 2021 with absolutely no cushion,” she commented.

Explore Edmonton says it could return $8.80 for every dollar of investment by the city, totalling $190 million in direct economic impact.

Councillors will hear more about the pandemic’s effect on Edmonton’s tourism industry in December ahead of budget deliberations.

Council also discussed Explore Edmonton’s new mandate at Monday’s meeting and approved $847,000 in funding for its operation of Startup Edmonton and TEC Edmonton for the rest of the year.

The two entities were no longer supposed to be supported by Explore Edmonton as of September but needed the one-time grant as their transfer hasn’t yet been completed.

What Explore Edmonton is looking at taking on, however, is Edmonton’s K-Days and Farmfair International events, currently put on by Northlands.

The tourism branch said it sees two options for the events’ integration into its mandate: either Explore Edmonton acquires Northlands’ assets or they work out a “strategic alliance” to stage the events together.

“We don’t see this as completely the end of Northlands. It’s more of an evolution of the model,” Northlands’ Peter Male told councillors.

According to Explore Edmonton, its takeover of K-Days and Farmfair would be $2.46 million cheaper.

The two events are said to have an economic impact of $75 million and $28 million, respectively.