COVID-19 in Alberta: 4 more deaths as hospitalizations continue to rise 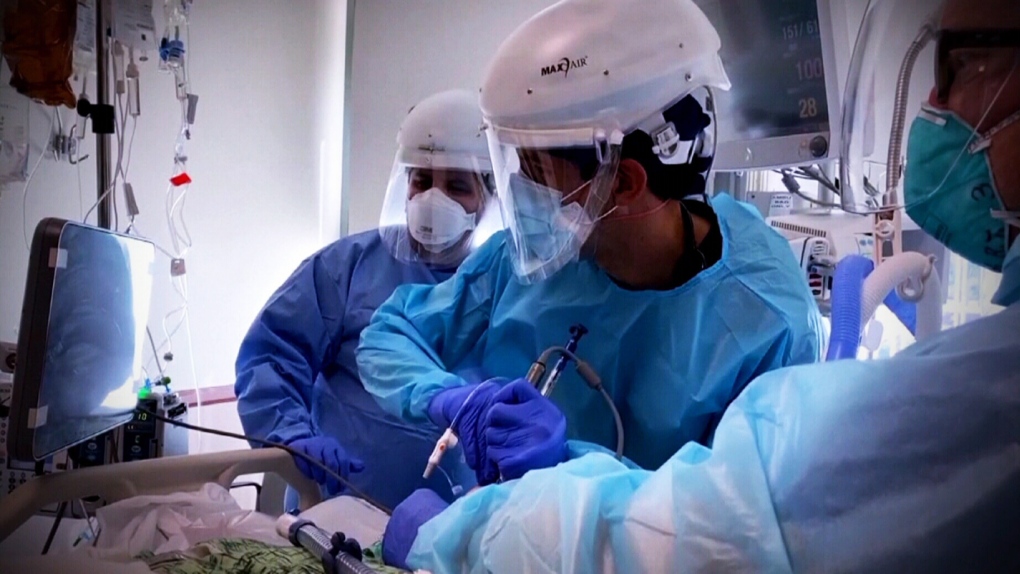 Four more Albertans have died due to COVID-19 as the number of patients in hospital continues to rise, according to the province's latest data released Tuesday.

The province reported 920 new cases as well as 431 coronavirus patients in hospital, including 106 in intensive care units on Tuesday.

The number of patients in hospital and ICU are both at levels last seen at the start of June.

The four deaths were in people ranging in age from in their 50s to over 80 years old and bring the province's death toll to 2,375.

The active case count rose for a 45th consecutive day, up to 11,660, about where it was in late May.

The province reported a 12.42 per cent test positivity rate based on about 7,500 tests. Since July 29, testing has been recommended only for those with symptoms.